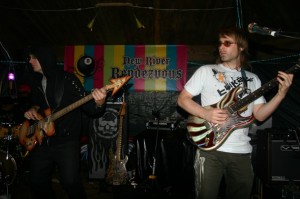 After 20 years of attending consumer climbing events I thought I’d seen it all. But over the weekend I came across a gathering that is one of a kind. I’m not one for hyperbole so believe me when I say that the New River Rendezvous is the best outdoor adventure festival I’ve ever been to. I know that I’m going out on a limb for making such a bold statement. And in the interests of full disclosure the organizers invited me to Fayetteville, West Virginia for the soul purpose of reporting on their event. But without qualification the NRR brings together the most essential elements of promotion and advocacy to encourage the enthusiasm of those eager to lead an active lifestyle through outdoor recreation. Biased only by my sincere enjoyment of this truly great event here’s an account of what happened.
1 Comment
Continue Reading
0 Likes
Share
Climbing, Special Events / 16.05.2010

May 14, 2010 Fayetteville, West Virginia The minute you cross the Ohio River into West Virginia everything seems to change. There’s an immediate influx of lush green as the topography begins to roll through the mountain state. Raised in California I was lead to believe that the only mountains worth a 700-mile drive span ranges well west of the Mississippi. With a dramatic landscape unfolding before my eyes with each passing mile I’ve since changed my mind. [caption id="attachment_3219" align="alignleft" width="300" caption="The New River Bridge"] 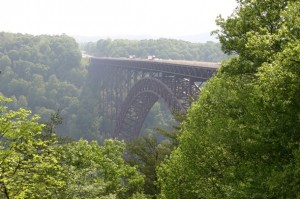 [/caption] Down the highway a bit further on you come across another bridge and enter into a world all its own. The New River Gorge is this little known wonder spot south of the Mason-Dixon. Here our tribe of climbers, local and national, has gathered to celebrate the spring season and our active lifestyle. The New River Rendezvous is an adventure festival held each year in Fayetteville. Registration closed a few days ago having reached capacity at 800 attendees.
3 Comments
Continue Reading
0 Likes
Share
Climbing, Interview, Outdoor Recreation, Podcast, Special Events / 12.05.2010

Lynn Hill – An Interview with a Trailblazing Climber 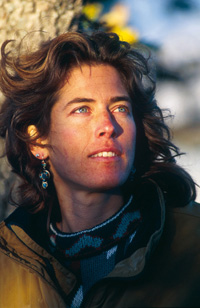 I just got a  new set of tires from my Volkswagen Jetta. Got an oil change and I’m packing my gear for the next Joy Trip. I’ll be heading east for the first time to report from The New River Rendezvous in Fayetteville, West Virginia. The three-day event is another one of those terrific gatherings of our tribe, we who find adventure in play at climbing, mountain biking, kayaking, trail running. Maybe one day I’ll try BASE Jumping. In the heart of the New River Gorge there’ll be parties, clinics, a climbing comp, slide shows there’s even going to be a contest to see who can wear the most obnoxious, sexy or outrageous lycra tights. Should be a great time. But you know the thing I love most about a trip like this is having the opportunity connect with old friends, folks I haven’t seen a while. Festivals like the New River Rendezvous bring together some amazing people, climbers mainly, men and women who’ve traveled all over the world and do daring things most of us only dream about. Someone who I look forward to seeing over the weekend is Lynn Hill. In a career that spans more than 30 years, her contributions to the sport of climbing have been both groundbreaking and inspirational. One of the first female climbers to reach a position of prominence Lynn made a name for herself in 1979. She was the first woman to establish a 5.13 route called Ophir Broke in Ophir, Colorado. She’s perhaps best known for being the first person, man or woman, to free climb the Nose route on El Capitan in 1993 with legendary climber John Long. In 1994 she did it again with her partner Brooke Sandahl. Then she was the first to make the climb in a 24-hour period. I had the opportunity speak with Lynn back in Bend, Oregon during the annual meeting of the American Alpine Club. This interview was originally recorded and produced in 2007 for the outdoor industry online trade magazine specialty news also know as SNEWS. In anticipation of the New River Rendezvous we’re bringing you this Joy Trip Flashback, a conversation with climber Lynn Hill. [audio mp3="http://joytrip2019.mhwebstaging.com/wp-content/uploads/2015/08/LynnHill.mp3"][/audio]
4 Comments
Continue Reading
0 Likes
Share
Climbing, Destinations, Outdoor Recreation / 10.05.2010 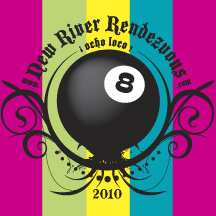 I have excellent hearing. It’s a skill honed from good genetics and a lifetime of listening. Professionally first as a salesman and now as a journalist, I’m practiced at paying attention. The Joy Trip project is my view of the world I observe, an online chronicle of what I hear. Later this week I’ll cast my attention to the New River Rendezvous in Fayetteville, West Virginia. Over three days this annual rock climbing festival celebrates the culture of the active lifestyle. With slideshows, adventure films and clinics on outdoor expertise this event promises to inspire excitement and enthusiasm. I promise to share with you what I discover, what I see and hear.
0 Comments
Continue Reading
0 Likes
Share
Assignment Earth, Environmental Protection, This American Land / 10.05.2010 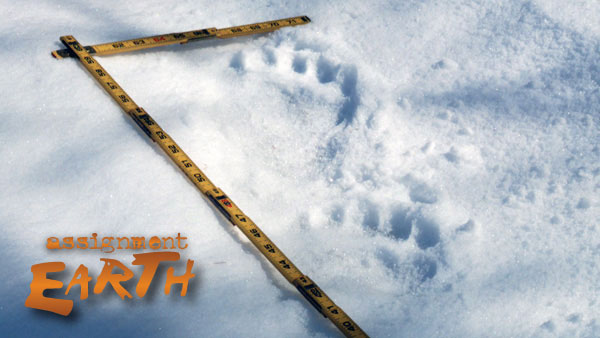 With government support, a huge land purchase by conservationists protects prime habitat for grizzlies, mountain lions and other sensitive species. In order to maintain wilderness habitat in the Swan Valley of Montana The Nature Conservancy and the Trust for Public Land has bought and set aside 367,000 acres in the Montana Legacy Project. Land once the owned by the state’s biggest private property holder Plum Creek Timber Company is now closed to development. Parcels scattered throughout forested area will be protected as corridors for the free movement of many wild species including large carnivores.
0 Comments
Continue Reading
0 Likes
Share
Environmental Justice, Environmental Protection, Film Review, Fun Film Friday / 07.05.2010 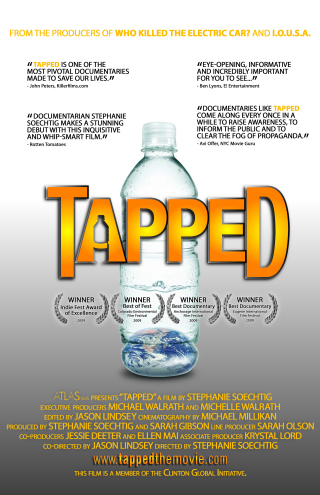 The documentary film “Tapped” is a glaring indictment of the bottled water industry. Directed by Stephanie Soechtig this expansive look into the commercial acquisition, production and distribution of the Earth’s most precious natural resource, fresh drinking water, is a horrifying tale of abuse and corruption. The story spans the socio-political landscape from small municipalities to multi-national corporations across the globe. But at its heart the film speaks to the personal responsibility each of us must assume in the perpetuation of a product that we freely purchase as its consumption and improper disposal is slowly killing us.
0 Comments
Continue Reading
0 Likes
Share