After a long day of watching movies and a late night of drinking, I slept with a man I love. Certainly no lapse of judgement, my friend Jeremy Collins invited me to share his bed in the Boulder Adventure Lodge at 1AM rather than drive twenty miles back to Golden through a sloppy storm of rain, sleet and snow. A few weeks earlier at another one of the many film festival events that we attend together, he joked with a crowd during a Q&A that we had shared...

Ten years since its inception the Adventure Film Festival is still going strong. And even though its creator, artist and climber Jonny Copp, has passed away, his spirit endures through a thriving community of supporters who every year gather in Boulder Colorado to celebrate the legacy of a great leader. The program has expanded to include day-long exhibits and performances by local artists in an adventure street fair out in front of the Boulder Theater. The event has evolved well beyond the confines of a common film festival....

If you missed the festivities at the 2013 Adventure Film Festival in Boulder check out this amazing trailer that highlights some of the best movies of the year! 2013 Boulder Adventure Film Festival Trailer from Alex King on Vimeo. The Joy Trip Project is made possible thanks to the generous support of MAKO Surgical Corp. If you experience chronic hip or knee pain it might be time for a replacement. Ask your doctor if you’re a candidate for MAKOPlasty. I'm glad I did.... 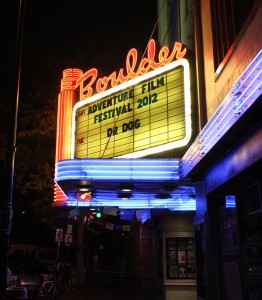 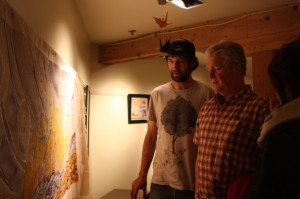 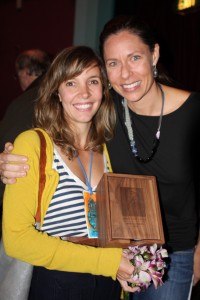 [caption id="attachment_7870" align="alignleft" width="300"] Adventure Film founder Jonny Copp[/caption] After several weeks of an arduous selection process the Adventure Film Festival released its 2012 line-up of movies to be presented at the Boulder Theater and other venues October 4-6. Continuing the high standards of excellence set by festival creator Jonny Copp, the annual fall celebration of the active lifestyle promises an exciting weekend of outdoor inspired art and culture with an ambitious roster of 38 films that represent the very best the genre has to offer. “This is making our...