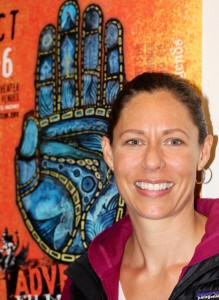 Three years after his tragic death while climbing in China, Jonny Copp’s Adventure Film Festival is still going strong. The annual event in Boulder that pulls in outdoor-inspired movies from around the world continues with an expanded program in 2012 under the direction of Copp’s sister Aimee. With broad experience in sports marketing and a passion for art and photography she’s creating an enduring legacy to preserve the memory of a young man who in life embodied many of the best qualities in a modern adventurer.
Killed in an avalanche while on assignment with fellow climber Micah Dash and cameraman Wade Johnson, Jonny Copp devoted much of his career to inspiring others. The Adventure Film Festival was first created to showcase the best work of his friends and colleagues in the depiction of their travels as motion pictures. Today Aimee has taken Jonny’s vision of combining art and adventure to establish an institution that provides training and funding opportunities for talented young filmmakers to follow their ambitions wherever they may lead. Through the Jonny Copp Foundation, Aimee continues to support and encourage the creation of high production value projects to perpetuate her brother’s original dream. And in the process she’s embraced his passion to make it her own.
This interview originally appeared in the National Geographic Adventure blog Beyond the Edge, James Edward Mills of the Joy Trip Project asked Aimee Copp a few pointed questions about the Adventure Film Festival and her role as its director. 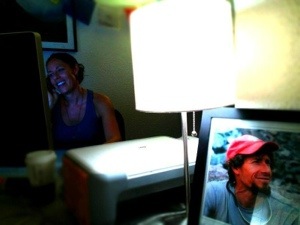 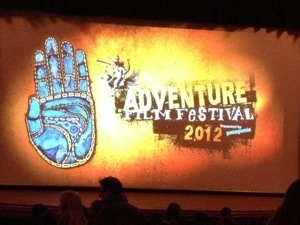 The Joy Trip Project and coverage of the 2012 Adventure Film Festival are made possible with the support of sponsors Patagonia, Rayovac and the New Belgium Brewing Company