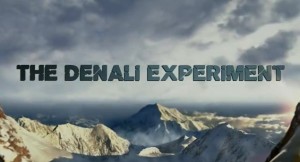 Sometimes aspiring athletes need a little guidance from experienced veterans to reach their highest potential. World-class climber Conrad Anker took a small team to lead newbie mountaineers to the summit of Denali and show them the finer points of performance at altitude. Used to shredding snow at lower elevations often dropped from helicopters champion snowboarder Lucas Debari and freestyle skier Sage Cattabriga-Alosa ascended to 20,320. Climbing this lofty peak the two earned their turns in a new film posted today from Camp 4 Collective called the Denali Experiment. 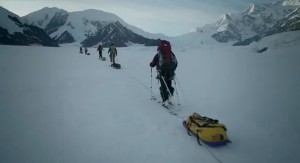 Others on the expedition from the North Face athlete team included Guilia Monego, Hilaree Oniell, Ingrid Backstrom and Emilio Previtali. Hoping to mentor Sage and Lucas to the next level of alpine skill the group offered up a fresh perspective on snow sports throwing them head first into the world of ski mountaineering. Though challenged by the thin air of Denali these talented young adventurers prove their metal in an experience unlike any they’ve faced before. ~JEM 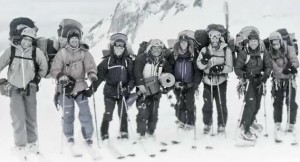