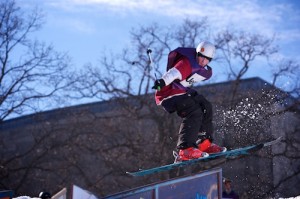 Protests around the world lead the news this week. Legislation here in Wisconsin threatens to remove the collective bargaining rights of state employees as demonstrations in Madison continue through the weekend into Monday. Unfortunately as all traffic Downtown was brought to a standstill the annual Winter Festival was forced to an alternate location. The much-anticipated celebration of snow sports was held this year instead at the University of Wisconsin Memorial Union. Typically an event that draws cross-country skiing, snowboarding and ice sculpting to the Capital Square, the event was thoroughly overshadowed by rallies and a chanting throng of protesters waving signs. While attempting to balance a budget deficit of $140 million newly elected Governor Scott Walker and a Republican majority face off against more than 50,000 union members and their supporters.
World events will always have a direct impact  our daily lives, particularly those that effect the environment. Here are a few other stories in the news this week to keep an eye on: 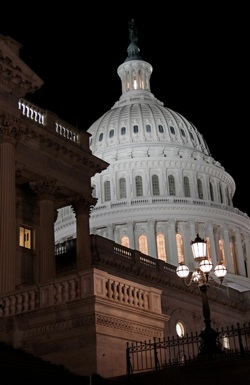 WASHINGTON (AP) — Jolted to action by deficit-conscious newcomers, the Republican-controlled House passed sweeping legislation early Saturday to cut $61 billion from hundreds of federal programs and shelter coal companies, oil refiners and farmers from new government regulations.
The 235-189 vote to send the bill to the Senate was largely along party lines and defied a veto threat from President Barack Obama. It marked the most striking victory to date for the 87-member class of freshmen Republicans elected last fall on a promise to attack the deficit and reduce the reach of government. Three Republicans joined Democrats in opposing the measure.
Read more>>http://www.google.com/hostednews/ap/article/ALeqM5jYP7zF7gjix9dtlvf40Lle3DKyOA?docId=ea36e84de7cf4308afa7680d42871228

Lost frogs may be extinct 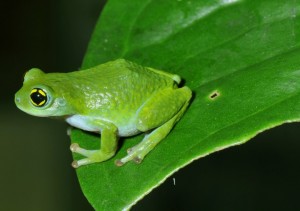 Scientists around the world have come up short after an unprecedented attempt to locate 100 species of “lost” frogs, salamanders, and caecilians. These amphibians have all been missing for over a decade, and now scientists fear they are extinct.
The Search for Lost Frogs, organized by Conservation International, the IUCN Amphibian Specialist Group, and Global Wildlife Conservation, involved 126 researchers seeking to document the existence of threatened species.
Read more>> http://www.huffingtonpost.com/2011/02/17/lost-frogs-may-be-extinct_n_824199.html?ref=fb&src=sp#241265 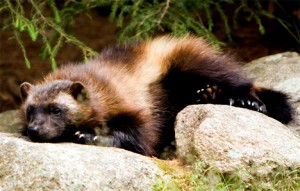 The woods, meadows, and streams of California’s Tahoe National Forest make up a diverse ecosystem, rich in biodiversity and home to a variety of wild animals — but for one male wolverine that calls the region ‘home’, things are a little on the lonely side. Buddy, as he’s known, was first spotted three years ago, the first confirmed sighting of a wolverine in California since 1922. Researchers believe the animal is originally from Idaho — and that he walked the harrowing 500 mile journey, in defiance of the odds, only to wind up as the only wolverine in town.
Read more>>
http://www.treehugger.com/files/2011/02/wolverine-ditches-idaho-ends-up-lonely-in-california.php 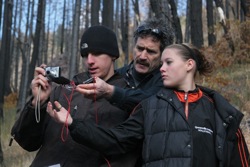 On a bone-chilling November morning, Deschenes and sophomore Tucker Willits scramble up a steep ash-strewn slope carrying a digital camera and a small square of whiteboard. Willits writes the time, date, elevation and geographic coordinates on the board while Deschenes focuses her lens on the bare slopes that stretch from the toes of her boots all the way to the horizon. She frames the board into a corner of the picture, then clicks. “One more shot for science,” she mutters with a grin. It’s the fourth time in three years Deschenes has photographed this exact vista — one of five photo points selected to document landscape variations in the months and years after the fire.
Read more>> http://www.hcn.org/issues/43.2/California-schoolkids-learn-from-fire-damaged-forest?src=feat 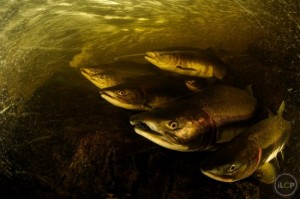 The International League of Conservation Photographers (iLCP) has teamed up with Pacific WILD, the Gitga’at First Nation of British Columbia, LightHawk, Tides Canada, Save our Seas Foundation, Sierra Club BC, and the Dogwood Initiative to carry out a Rapid Assessment Visual Expedition (RAVE) in the Great Bear Rain Forest of British Columbia. The group is  focusing its energy and cameras on this pristine region in response to plans by Enbridge Inc.  to build a pipeline for heavy crude oil from the Alberta tar sands across British Columbia to the coast of the Great Bear Rain Forest. This project from Epicocity Films is the result of 7 world-renowned photographers and 3 videographers who have thoroughly documented the region’s landscapes, wildlife, and culture.
Read more>> http://www.pacificwild.org/site/dispatches_from_the_rave/1296589563.html
SPOIL from EP Films on Vimeo. 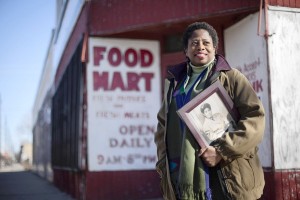 When environmentalist Naomi Davis walks past the boarded-up homes and businesses in her Woodlawn neighborhood, she envisions a community that will confront the climate crisis by becoming self-sustaining, with vibrant, black-owned stores and green gardens.
http://www.chicagotribune.com/news/columnists/ct-met-trice-greenliving-0221-20110221,0,3279054.column