When it comes to supporting non-profits, I’m in it for the money. I expect a worthwhile return on my investment in some form of quantifiable currency I can bank on. Same goes for gear companies who boast about their giving to charity. When I lay out cold hard cash I want the organizations that tug at my heart strings to be accountable for their claims of largess by feeding the hungry, providing shelter for the homeless, gaining some ground in the fight to cure cancer, whatever. Show me the money!
Typically I’m paid lavishly in warm fuzzy feelings of satisfaction in the knowledge that I helped do some good in the world. Plus I’m rewarded by the benefits of living in a society where the needs of the most vulnerable are made secure. But when the donation I made to the Kiva Foundation through KEEN Footwear yielded up an actual cash divided I damned-near creamed my shorts.
A few days ago I received an email that provided an update to the $25 that KEEN* paid to Kiva on my behalf back in September. The group works to extend small loans to entrepreneurs in third-world countries and puts a true human face on those struggling to build a better life for themselves and their families. With hundreds of different projects to choose from I decided to support a street vendor in La Paz.
Macial Juan makes savory baked turnovers called salteñas. Several years ago I’d spent three weeks paddling on Lake Titicaca high in the Andes Mountains. So Bolivia will always have a warm spot in my heart. And who doesn’t love homemade pastries stuff with spiced meat. Along with 23 other investors my contribution was extended as a loan of $750 to buy supplies and ingredients for this small business. After only three months Macial has paid back 34% of the original investment. He’s on track to pay the loan in full by the third quarter of 2011. The Kiva Foundation wrote by email to let me know that my investment account now has $8.64 that can be contributed to another project of my choosing. Not bad! 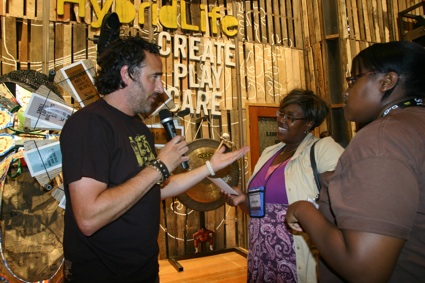 “We take the power of micro-finance as it works all over the world and we make it personal,” said Megan Berwick, development manager at Kiva. “Through your connection, anywhere you are over the Internet to the entrepreneurs you can fund them and support the growth of their businesses.”
KEEN made this connection possible during the Outdoor Retailer Show over the summer. Company president James Curleigh had just announced a partnership between the saddle-maker and the non-profit. I won a $25 Kiva donation certificate in a wheel-of-fortune spin at their booth. The plan is for KEEN to donate a portion of sales generated a by new shoe called the Santiago toward micro-lending through Kiva. Combining the power of philanthropy with the production of quality footwear KEEN hopes the two will resonate with consumers when the product hits store shelves in the spring. 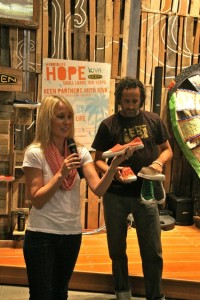 “We’re pioneering a lot of different things that we believe are not just in our best interests but in the best interests of those who want to be associated with KEEN,” Curleigh said. “We’ve come to realize that good environmental sense and good community sense can actually lead to pretty good economic sense and grow a business.”

The cynical among us, myself included, might look upon this as shameful self-promotion. But the reality is that this program works at giving back in a way that is both proactive and empowering. By helping to finance a small business the Kiva Foundation is not engaged in charity but community investment. And for a product manufacturer like KEEN, what better way is there to make a retail purchase truly count.

*In the interests of full disclosure, the Joy Trip Project was originally funded by a grant from KEEN Footwear in 2008. This story was in no way influenced by that or any subsequent contributions