Posted at 15:47h in Afghanistan by James Edward Mills 1 Comment 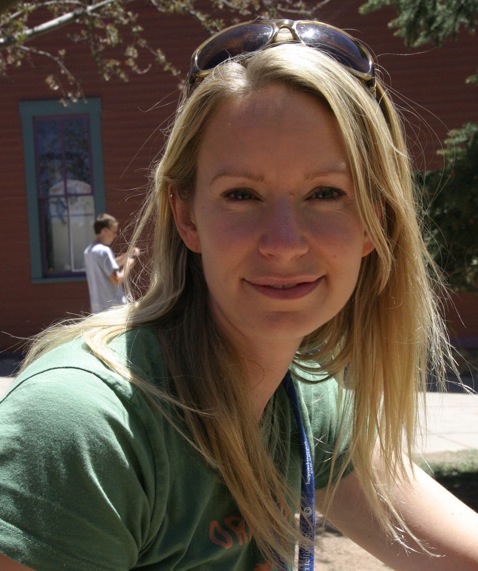 Shannon Glapin has been back from her most recent visit to Afghanistan for a weeks now. The founder of the non-governmental organization Mountain 2 Mountain makes frequent trips to Central Asia to advocate for the well being of women and children. When her most recent blog entry appeared on the Huffington Post I was pretty quick to chat her up on Facebook to ask if I could run  it here on the JTP.  Apart from pasting up more flatting photograph and a video I wanted to share her observations on the rise of street art in and around the war zone. These spontaneous displays of graffiti reveal much about the thoughts of young people in harms way as well as demonstrate the indomitable power of art to convey powerful emotions when words fail or are simply silenced through violence. -JEM 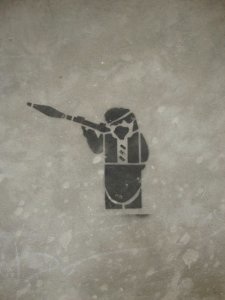 Something new is in the streets of Kabul.
Increased security? Check
Lakes of mud and sewage? Check
Street art? Check
Street art, stencil art specifically, has popped up on several walls across Kabul over the past year.

Under the cover of night they take to the streets of Kabul, armed with stencils, spray paint and cameras. The youth of Afghanistan are finding their voice.

Tanks, soldiers, dollar signs, poppies, refugees, students in school, helicopters, Talibs, and question marks are assembled into equations, giving Afghans and Westerners alike a reason to stop in curious wonder and think. The ‘unknown’ taggers created the question, “Chand Ast?”. In stencil art. Translated from Dari to English it means “How Much?” — an effort to challenge all of us about the Cost of War.

Chand Ast from Talibanksy on Vimeo.

The anonymous artists are part of Combat Communications, a group of artists and musicians in Kabul that started Afghanistan’s street art movement to increase awareness and inspire conversation about the cost of war. As in much street art around the world, there is a strong undercurrent of activism.
Mountain2Mountain has teamed with Combat Communications and Cultures of Resistance to work with Afghanistan’s next generation of artists. We will begin in two weeks with a workshop with London street artist, Chu, and Kabul University art students called “This is Afghanistan.”
Street art is any art created in a public spaces and it goes far beyond the stereotype of graffiti and wall tagging by vandals and gangs. Its purpose is to question the current environment and inspire dialogue about socially relevant topics. Street art has proved that it a powerful platform by challenging existing paradigms and fueling resistance movements all over the world. Banksy’s iconic images on the walls of the West Bank attracted international attention and brought street art into the spotlight. And this year’s iconic $100,000 TED prize, given to one “charitably minded person who works to change the world,” went to 27 year-old street artist JR, a guerilla artist from Paris who installs his massive work across the world’s poorest slums and refugee camps.
“JR’s mind-blowing creations have inspired people to see art where they wouldn’t expect it and create it when they didn’t know they could,” stated TED prize director, Amy Novogratz.
Street art has become a recognized and integral part of the art world as the work of international street artists like Banksy, Ash, and Shepherd Fairy have become must-have pieces in many private art collections.
What does this have to do with Afghanistan? It comes down to the root of street art. Freedom. Expression. A voice. A point of view. Youth culture has always been rooted in these ideals. But the youth in Afghanistan have grown up under the darkness of the Taliban, without art, music, sports, and a robust cultural ife or the freedom to develop one of their own. Their voice has yet to fully emerge.
If we want to see real, sustainable change in countries like Afghanistan, we have to look to the next generation. They need to find their inspiration, their culture, and their voice. The need to develop a community and see themselves in the future of their own country. They need to get involved and rediscover their passion for their country and their vision for its future.
Art is one part of the solution. Join us.
Follow Shannon Galpin on Twitter: www.twitter.com/sgalpin