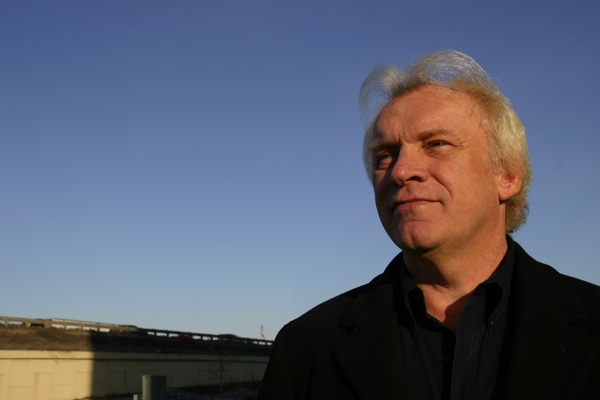 Wisconsin’s most vulnerable residents stave off the chill through the cold winter months with the assistance of Schoep’s Ice Cream. “I suppose someone out in California might think that sounds a little funny,” said Alan Thomsen, Schoep’s vice president of national sales. “But here in Wisconsin there are people in their homes trying to stay warm. With all the stories out there we know that people need some help.”

Throughout the Capital Region and across Wisconsin frigid temperatures well below freezing each year put at risk a growing number of the elderly, the disabled and families with young children. A state-wide program called the Keep Wisconsin Warm Fund provides low income households with small financial grants to pay rising heating costs as the economy slowly recovers.  Local companies like Schoep’s are actively involved in a number of fundraising initiatives such as an ice cream social that aims to give area residents a little boost with the weather turns cold.

“This is our first year helping out,” Thompsen said. “We handed out about 12,000 dishes of ice cream. At $3 to $5 apiece we were able to make a good contribution.”

Not to be outdone the frozen custard franchise Culver’s has also made sizeable donations to KWWF. Along with more 7,000 small to large businesses such as Park Bank, CUNA Mutual Group, Rayovac, The Gialamas Company and Glowac Harris, many local institutions provide funds to help the less fortunate manage their home heating needs. City of Madison Common Council president and KWWF spokesman Tim Bruer said keeping poor families safe and warm through the winter is an easy cause to support.
“It’s an organized effort to bring together a cross section of institutions that historically don’t support social programs,” Bruer said. “This was all about turning the clock back to where neighbors and small business and community and family and not government stepped in to provide the generosity to create what has become Wisconsin’s largest emergency service program.”

Annually over 200,000 families in the state at or below the poverty line are in need of heating assistance. Prompted by the hypothermia related deaths of two senior citizens in their homes, an organization called Energy Services, Inc was established in 1982. A centralized agency that connects those in need with a variety of different aid organization, ESI provides information and resources to retain or reestablish home heat in the event of a financial crisis.

“What you have is the utilities and local charities and the home energy assistance program and home heating contractors all directly interfacing under one organization,” Burer said. “What we don’t administer we broker, so you don’t have to go to five different organizations for assistance. It’s a one stop energy shop.”

In 1996 the KWWF was created to help supplement state and federally funded home heating programs. Having raised $15.4 million to date the fund has helped tens of thousands of households make it through the several long winters. Working in cooperation with class-A utility companies like Alliant Energy and Madison Gas & Electric ESI facilitates the needs of economically challenged ratepayers at risk of loosing their services.

“It’s very efficient, because they’re doing all the in take,” said Kathy DeMets senior director of customer services at MG&E. “They know their customers and can assess their needs better than we can. We just refer them (to ESI) when they tell us they need help.”

In the wake of the recent recession the need for home energy assistance has never been greater. As costs rise, ESI reports that some households spend between 40 and 60 percent of their income to keep the heat and power from going out. Despite a moratorium period in Wisconsin during the coldest months of the year, which prevents utility companies from discontinuing services in the winter, low-income families are still at risk.

“Originally we’ve worked to bridge the gap between ability to pay and the cost energy, “ said Tim Bruer at KWWF. “The dollars were going to those grants to provide a buffer from September through May to give our clients a jump-start through the summer months. But with utility costs rising, just to keep your power on in the summer now exceeds the cost of home heating in winter from just 3 to 4 years ago.”

So ESI works to help keep Wisconsin cool as well. About 59,000 homes benefit from generous donors who see the value in providing the basic energy services.

“One of the things we like most about this program is the money and effort stays in the community,” said Al Thompsen at Schoep’s Ice Cream. “A lot of other organizations -and to me they’re really just companies- have so much overhead, very little money ever gets to those who need it. We can see that they’re busting their butts to make this program work.”
Without a lot of costly duplications of service or effort KWWF, Bruer said, is a highly comprehensive system that solidifies limited resources.

“This is one of those charities where for a few hundred dollars you can give the gift of warmth,” he said. “People who feel fortunate that they have a job in this economy know that there are those who are legitimately victims of poverty, those who they want to touch. This is a way they can do it.”