From Slums to Summits – The Joy Trip Project

10 Jan From Slums to Summits – The Joy Trip Project 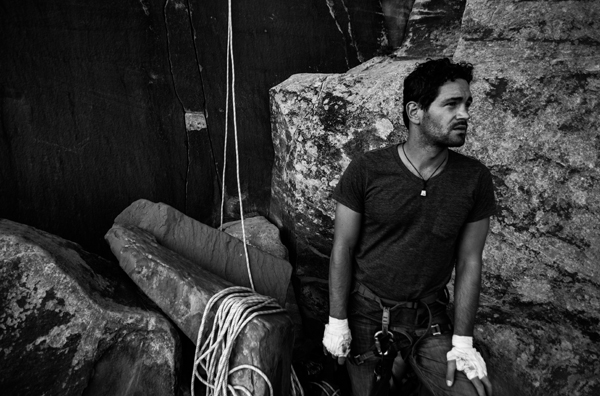 National Geographic Young Explorer Asa Firestone wants to inspire kids through climbing. Though not a particularly original concept in itself, the idea aims to gain traction in a unique location: the crime-ridden slums of Rio de Janeiro, Brazil. Armed with an MBA from the Marshal School of Business at the University of Southern California, Firestone plans to build a social and economic alternative to life in gangs along with a climbing wall and the educational infrastructure to train young people as alpine athletes and commercial guides.
Known locally as favelas, Rio neighborhoods are among the most dangerous in the world. With several hundred homicides each year along with crushing poverty, many of the school-aged children who grow up there have few options when it comes to a safe and healthy childhood. Despite a wealth of beautiful mountains nearby, literally within view of the streets below, recreational resources and instruction for climbing are nonexistent. Firestone aims to change that.
Putting his business degree to good use, he’s started a small company called BEYONDgear. Offering a collection of mountain inspired clothing items and accessories Firestone hopes to create a self-sustaining aid program to raise funds in support of local climbing to lift children from slums to summits. Looking to raise $50,000 in start up capital BEYONDgear was recently launched as an Indiegogo campaign: http://www.indiegogo.com/adventureforgood.
Writer James Edward Mills of the Joy Trip Project talks to Firestone about his very ambitious initiative.

James Edward Mills: What was it about the favelas of Rio that made you think a climbing wall would be a solution to the poverty there?
Asa Firestone: The favelas of Rio de Janeiro are nestled within a mecca of world-class rock climbing. Youth in these underprivileged communities are faced with an array of difficulties and negative influences such as drugs, violence, and gang life. Rock climbing can offer these youth a positive alternative to their daily struggles and replace those bad risks with the positive risks of climbing. The construction of a modern climbing wall will provide them with this opportunity. Many of the best climbers use indoor walls for training. With these acquired skills, local youth can utilize the outdoor climbing resources in their communities for recreation or for income purposes.
But honestly, to me its all about equity. I have traveled the world on expeditions. All too often the adventurers I meet enjoying the local natural resources are white guys from California or Europe. It was too rare that I would meet adventurers from the local communities. Seems like the kids from the favelas should have the opportunity to climb right above their homes, those walls are a resource! Same for kids who live next to the epic surfing breaks in Nicaragua or the wild mountains of Peru. The idea to utilize local, adventure resources to help stimulate the economies of local communities as well as provide the positive energy of adventure for at-risk youth, is what BEYONDgear is all about.
JM: Is it realistic to believe that climbing is a better alternative to crime?
AF: Sure, if we can train local adventurers to become guides and then facilitate in bringing them customers, they can make a pretty good income and not have to deal with all the violent and lethal aspects of the drug trade. Will this appeal to all kids in the favelas? Of course not, but it will surely appeal to many of them if it is an option.
JM: Once you get this climbing wall built how do you plan to sustain it?
AF: I don’t want to follow a normal non-profit model. I don’t really want people’s donations (although I won’t turn them down). What I really want to create is a movement of using adventure for good and sharing adventure with people who would never have exposure to it otherwise. I think the best way to do this is not through a donation model, but through a for-profit brand with a bulletproof giving model. I want to get people excited to purchase our products or go on our adventure trips because they are worth it, but also because they go toward using adventure for good. I think this can be much more powerful than begging for money just to get around taxes…
We are working on a couple of revenue generators. One is the BEYONDgear brand. WIth each purchase we will give the amount of money needed to get an at-risk kid an indoor climbing session and five purchases will get an at-risk student an outdoor climbing excursion. We are also looking at certifying students as guides and then bringing them customers on adventure travel trips, BEYONDtravel. This will happen a little further down the line. Finally, CEU has 501c3 status sponsored through the American Alpine Club so it can utilize all the normal non-profit fundraising mechanisms. So in summary, we will utilize CEU as a non-profit and BEYONDgear as a social enterprise all with the same mission to create a sustainable diversion to violence through adventure.
JM: What do you hope the kids you work with will do with their interest in climbing?
AF: Become climbing guides or become world-class climbing athletes.
JM: Of all the challenges you’re undoubtedly going to face in getting this project off the ground, which do you believe will the most difficult to overcome?
AF: I think both the business aspects as well as the crime-ridden community politics are both incredibly difficult. In the favelas of Rio de Janiero approximately 5,000 murders are reported each year. This is a third of the total annual murders in the entire US… all occurring in one city. That is pretty epic. Much of this crime is created by the drug cartels that make their base in these communities. The politics with these gangs are tough. Fortunately, the gangs were ousted from the Rocinha favela in November of 2011 by a massive government pacification effort called UPP.
JM: You’re clearly very motivated in making this project work. What’s your best asset in achieving success?
AF: Determination, it’s definitely not raw intelligence, haha. I think this type of thing needs a maniacal obsession to make it happen. I originally had the idea for this project in 2003 and it is just now taking form.
This story originally appeared in the National Geographic Adventure blog Beyond The Edge on December 17, 2012