Death in the West, a new series by Anson Fogel – The Joy Trip Project

13 Nov Death in the West, a new series by Anson Fogel – The Joy Trip Project 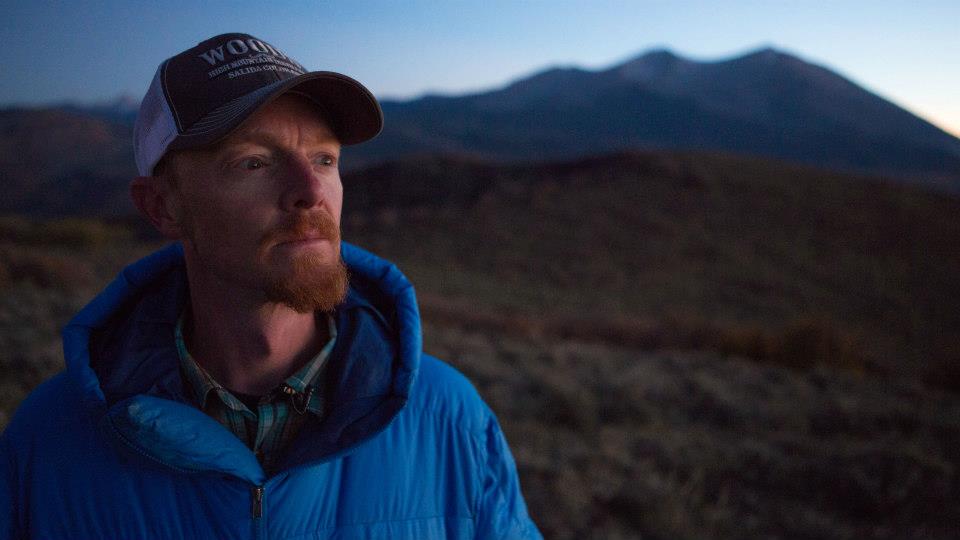 Filmmaker Anson Fogel wants to show a side of the American West that few people get to see in the movies. Having grown up around the rural farming and ranch communities of the Wyoming and Colorado the head of Forge Motion Pictures has a different perspective to share that runs contrary to the romantic imagines most often projected on the silver screen.
“The west is seen as this amazing place where we all go to live these wonderful healthy perfect lives outside and we do a million incredible things and everyone comes home safe,” he said in an interview. “The reality is there’s a lot of rot and decay and loss and struggle against the natural world that was often trying to keep you from staying alive.”
In a series of three new films just successfully funded through a Kickstarter campaign Fogel aims so show what the west is really like. An artistic departure from his previous commercial ad projects and award winning documentaries like the 2011 film “Cold“, the trilogy called Death in West is a collection of narrative shorts that fulfills Fogel’s childhood dream.

“As cliche as it sounds all I’ve ever wanted to do since I was a kid was make movies,” he said. “And I think when I was a kid, thinking about making movies that means fictional films. That means narrative films.”
Unlike advertising spots for clients that include Microsoft, Oakley, Trek Bicycle and Nissan or riveting documentaries like Chasing Water or the upcoming project Meru, Fogel’s latest production is a scripted performance piece with actors, make-up, costumes, staged sets, the works. A fictional tribute to western movie genre the director said he was inspired by his favorite writers.
“I love Anne Proulx ‘s short stories,” he said. “And I’ve always been a sucker for Cormac McCarthy and wide variety of people writing about the rural west.”
Each of the films tells a different story about life on the range. Contemporary tales of the modern west they portray both realistic and fanciful narratives meant to illustrate some of issues that people in the region face today.
“The first film is about a rancher, a subsistence rancher who’s loosing his ranch, Fogel said. “Really it’s a story about the nature of place, identity and the loss of place, the loss of identity. If the three generations of people work a piece of land, when they leave is it still a ranch?”
The second film is action pic in which a gun totting woman in a wedding dress goes on a bloody rampage. Called “the Bride”, a working title, the short seems reminiscent of Quentin Tarantino’s Kill Bill (based on the graphic novel “The Bride”) Fogel said this project is a nod to the time-honored western value of independence.
“There are people trying to kill her and she’s having a hard time surviving,” he said. “But she’s enjoying her freedom.” 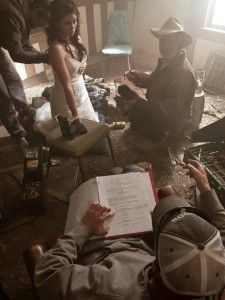 Fogel was a bit vague on the story behind the third film. Set during a back country ski trip this dialog driven movie follows two “modern western yoga practicing women” as they confront a “big issue”. He wouldn’t say what. Though it sounds like a chick-flick Fogel promises this and both of the other features will include an exploding truck.
With a reputation for making hard charging outdoor-themed movies and commercial projects Fogel said the Death in the West series is not a detour sign taking his career in a different direction.
“I’m never going to not work, I don’t think, in the near future in the outdoor space,” he said. “The outdoor space has been incredibly good to me. I love working on advertising. These films are costing me a ton of money and I made that money working in advertising, largely in the outdoor space.”
Hard work on previous projects has given Fogel the freedom to spread his wings and try something new, to create films that challenge his artistic sense of creativity.
“I think anybody, whether you’re washing dishes or making movies or writing blogs, you want to continue to challenge yourself,” he said. “I think that’s just part of humanity. I think at our best we all want to continue to be challenged and to grow.”
The Death in the West series will be in contention for festival prizes in the 2013 film season. Fogel hopes to have the project completed and ready for distribution online this winter. Personally, I can’t wait!