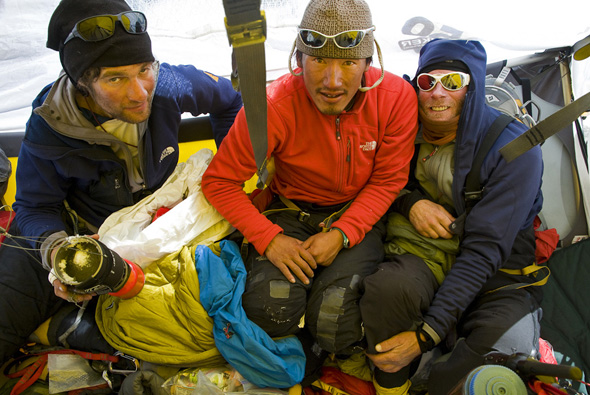 Adventure movie fans fortunate enough to attend 5Point or Mountainfilm festivals in 2012 got a sneak peek of an amazing film project in progress. House of Cards from Camp 4 Productions details the three-year journey of climbers Jimmy Chin, Renan Ozturk, and Conrad Anker as they make an epic first ascent of the  Shark’s Fin on the 20,700-foot (6,309-meter) Meru Massif in the Garhwal Himalaya of India. With footage from two expeditions—and life at home in between—the film intimately depicts the many challenges each man faced to turn an unsuccessful first attempt into a triumphant conquest over one of the few remaining unclimbed 6,000-meter peaks.