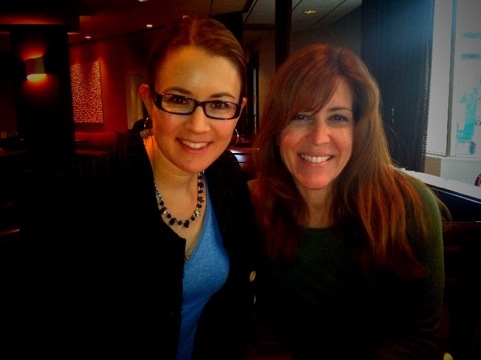 Despite all indications to the contrary, a new film wants you to disregard a common misconception. “We’re Not Broke” by Vicky Bruce and Hayes explores the arcane and all too confusing world of multi-national tax regulations to reveal a surprising fact. The most profitable corporations in the United States contribute almost nothing to the Internal Revenue Service. And although popular rhetoric suggests that we’ve taxed enough already Bruce and Hayes demonstrate that many of us don’t pay nearly enough.
Typically one to stay free of politics I want to share this movie on the Joy Trip Project because many of the issues we discuss here are directly impacted by the contributions of tax-paying citizens. The wild and scenic places we aim to protect could loose funding due budget shortfalls. So it’s important that we become aware of any issues that put our community resources at risk.
The filmmakers suggest that the socio-economic inequities at the heart of the Occupy Wall Street movement find their roots in the strategic manipulation of the U.S. tax law by multi-national corporations. Tasked to find the story behind offshore tax havens Bruce and Hayes were surprised to discover that wealthy individuals weren’t the only ones stashing cash in Cayman Island bank accounts.
“We thought we would really scoop this story and name the two or three corporations with offshore money, but it turns out to be all of them,” Bruce said in an interview. “Verizon, Google, Apple, all of them.”
In order to minimize liability major corporations divert their profits to foreign nations with more favorable income tax requirements. A small office or even just a post office box can be set up in the Bahamas or Ireland to avoid collection by the IRS. It’s estimated, as the film reports, that 1.4 trillion U.S. dollars are parked offshore out of reach of the federal government.
“To me it was such a slap in the face because here we are, the economy’s sinking, we’re firing teachers and I’m paying $150 a month to AT&T,” Bruce said. “I’m filling up with gas at Exxon. Everything in my life is controlled by these corporations who aren’t even contributing back to society.”
Money that would otherwise help to maintain the infrastructure of the U.S. economy goes untaxed. With a variety of different laws and regulations that favor big business, corporations typically avoid the same fiscal obligations that hit small business owners to the tune of 35 percent.
“Tech companies, the drug companies and many other multi-national corporations are able to legally do this, legally siphon money out of our revenue and then put it in another jurisdiction,” Hayes said. “But not only that, they’re using their lobbyists to go directly to Congress members to basically insert the laws and loopholes that they want into the tax code.”
One of the major downsides to our representative democracy is all that corporate money that gets pumped into politics. The high cost of getting elected is paid for in part by businesses under federal regulation. In return for big campaign contributions legislators in the Congress and Senate tend to enact laws that help to boost corporate profits.
In 2004 the “Jobs Creation Act”, as depicted in the film, made possible a repatriation tax holiday that would allow companies to bring offshore funds back into the U.S. Paying only 5 percent these corporations brought $300 million back into the economy,“ essentially tax free, with the promise to create jobs,” Bruce said. “But how multi-national corporations promise something to Congress has nothing to do with anything in writing. They came back with the money, bought shares of their own stock and drove up the prices and made the CEOs richer.”
Many of these companies actually laid off thousands of employees and within four years we found ourselves in the biggest economic meltdown since the great depression. But the film is clear to point out that this is not a partisan political issue. Democrats as well as Republicans are complicit in this convoluted state of affairs.
“Obama has Jeffery Immelt of GE (General Electric) on his jobs creation committee,” Bruce said. “GE has outsourced 30,000 jobs since Jeffery Immelt been the boss. It’s completely prevalent across the board. We have a government that is bought and paid for by multi-national corporations.”
“We’re Not Broke” is a documentary meant to inform the general public of what’s happening in the halls of power. In tough economic times it’s a story that touches the lives of everyone in our nation and no matter what your political persuasion might be equity in our tax system is vital to our long term economic viability. With such a complex tax code the average citizen can only become lost and confused. The filmmakers hope to offer a little clarity and prompt people to take action.
“Right now we may not have the financial power that some of these corporation have but we do have the numbers of people,” Hayes said. “People have to take back democracy.”
www.werenotbrokemovie.com