Why Climbers of Color Care

07 Mar Why Climbers of Color Care 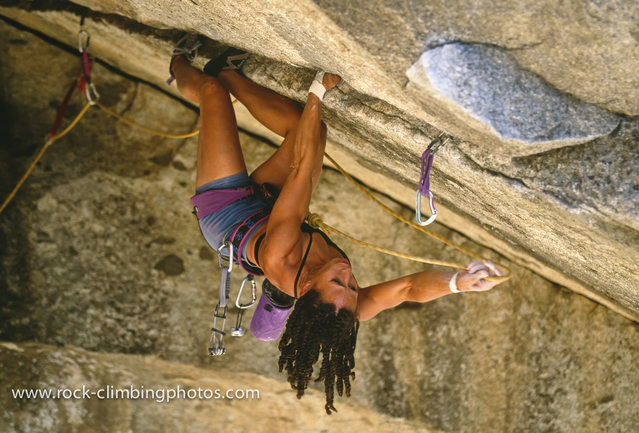 When it comes to diversity in outdoor recreation it seems there are simply those who don’t care. After 400 years of racial strife and oppression throughout American history I’m sure we’d all like to put it behind us. In fact most of us likely spend time outside to get away from all the socially charged bickering back and forth between one ethnic group or another. I get that. But please, don’t tell me, a person of color and climber in the world of mountaineering, that I shouldn’t care and that racial diversity shouldn’t matter.

It all started with a simple question. My friend Malcolm Daly posted a general query on two online climbing forums. “Does anyone out there know who the first African-American to climb Denali (Mt. McKinley) was?”

I’m proud to be part of an initiative that aims to put the first team of black climbers on the highest summit in North America. Lead by the National Outdoor Leadership School the project called Expedition Denali, Inspiring Diversity in the Outdoors aims to raise awareness for the importance of bringing more people of color into the conservation movement and to encourage our youth to pursue careers in outdoor recreation. As a reporter I naturally wanted to put this objective into some historical context. So Malcolm, a world-renowned climber and all-around great guy, offered to help. As pleased as I was for the research assist I was just as surprised by the responses.

“I doubt they’d advertise it,” wrote one person from New York on Rock Climbing.com. “Pretty lame to claim First Afro-American Ascent. IMO (in my opinion) you’re either first or you’re not.”

“Why does it matter?” wrote someone from Kentucky. “Is it harder for a black guy to climb a mountain than a white guy?”
One respondent from Bozeman, Montana wrote a response that violated the profanity policy on Mountain Project.com so it was pulled. But it was later rewritten to something more civil.

“Why does it matter who the first black climber of Denali (or the highpoint of Florida for that matter) is?” the climber wrote. “Why do you climb? For the record books or for yourself? Race and sex really should not matter. If an individual comes from particularly humble beginnings then sure I’ll support them because they are an inspiration. If they’re a different race from me (Caucasian), good for them, but not because of their race.”

Like I said, I get it. In the wide world of climbing race, gender, nationality, disability, sexual orientation or whatever really don’t matter. But within those under-represented minority groups, to those individuals it matters a great deal. We climbers of color care. It’s through the accomplishments of brave men and women who came before us in the past that we mark our progress forward and derive inspiration for our goals in the future. Previous generations who overcame the racial persecution of the last century to climb high mountains are indeed worthy of celebration. Those of us in the present cannot underestimate what they achieved without robbing ourselves of our own cultural heritage. And while many people -I’ll just say it, white people- don’t care we all need to realize that this project to put black mountaineers on the summit of Denali is a demonstration of the freedom made possible through climbing that’s available to everyone.

I can’t help but be impressed by Charlie Crenchaw, the first African-American to summit Denali in 1964. And though I could have my pick of many other climbers who made it to the top Crenchaw has special meaning for me. Because he undoubtedly had to overcome many of the same social challenges of racism that my parents had to face during this same moment in history his experience is infinitely closer to my own than most climbers. And despite similar obstacles that I have faced I am encouraged by the knowledge that I can accomplish what Crenchaw did and perhaps more.
Our purpose on Expedition Denali is to create new role models for today’s generation. We want to show young people of color as Crenchaw and others have shown me that we do indeed have a legacy of adventure.

“Climbing Denali with a group of other Afro-Americans seems refreshing and significant,” wrote Chelsea Griffie, one of my teammates and an outdoor educator from Los Angeles. “Quite frankly, I would prefer it if such ascents were not noteworthy. I would love it if a bunch of folks who looked like me went up there every week during the summer. In reality, though, they don’t.”

So then it falls to those of us who do climb to set an example for others to follow. We have a rare opportunity to show that despite our backgrounds, our life experience, where we’re from or where we live now anyone can aspire literally and figuratively to great heights through climbing. To each of us on this expedition and to those who will follow us it matters at great deal. And for those who don’t care about the issue of diversity at the very least we hope they realize why it might matter others.

“Is a Denali climbing trip going to solve these issues, probably not. But to be aware that these issues exist is important,” wrote teammate and Seattle grad student Mashawn Butler. “Everyone throughout history has tired to make a difference for the next generation be that their family, culture, or politics. Why not climbing?”