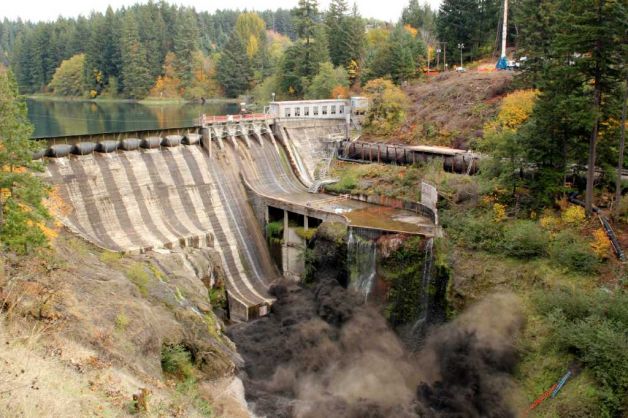 A new film by Andy Maser is having a big impact on efforts to remove obsolete dams on rivers worldwide. “ Year of the River” features graphic footage of the explosive charges that took out the Condit Dam on the White Salmon River back in October of 2011. The film offers up a compelling story of why moving water should be allowed to run free across the land. Thanks to the Internet the completed short movie already has a solid following of support with millions of viewers having seen the highlights on Vimeo and YouTube. Posted to the National Geographic video web site as well as news organizations and countless personal shares on Facebook and Twitter Maser’s video has most certainly gone viral.
“We’ve seen something like 1.8 million views, about 400,000 on my Vimeo account and it’s all over Japan,” Maser said. “Right now I’d say 3 million is actually pretty conservative.” 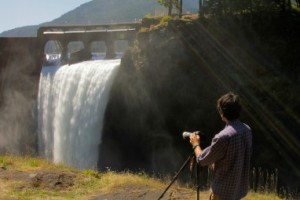 Having premiered at the Wild & Scenic Film Festival in January ‘Year of the River’ was released this week for viewing online. Supported by American Rivers, American Whitewater and the Hydropower Reform Coalition the movie aims to illustrate two of the most dramatic and successful dam removal initiatives in modern times. A month before the Condit Dam was blown up with 700 pounds of dynamite the largest river restoration in history began on the Elwha River on the Olympic Peninsula of Washington. And thanks to the original video millions of people have been made aware of the issue and will now hopefully get involved in other similar projects.
“The plan was to get people far and wide to engage,” Maser said. “I think it’s a great success and really exceeded my expectations.”
The conservation group American Rivers hopes to remove 100 dams in 2012. There are more than 26,000 dams across the United States that pose a risk to public safety. And as many as 15 percent of dams are deemed abandoned with no clear owners to repair or maintain them. Supporters of the new film hope to inspire citizen with dysfunctional dams in their communities to write their state and federal legislators and insist that they take action. =>;Learn more
“People are hungry for positive news, and these river restoration stories are so inspiring,” said Amy Kober, senior communications director for American Rivers in a press release. “Our goal with the video was to share the good news and help people celebrate, and hopefully create some renewed appreciation for healthy, free-flowing rivers.”
Maser said his film project will continue over the next three years as the newly released White Salmon River is fully restored. Inspired by National Geographic photographer James Balog, creator of the Extreme Ice Survey Project, Maser has installed time-lapse camera equipment near the dam site to record the restoration as it progresses. Still with many hazards and obstacles in its path there is still much work left to do before the river truly flows free. Maser, a life-long kayaker, said he looks forward to being there with his boat with it finally does.
“Concrete removal is the next step. There’s a hole in the dam but you can’t paddle through it safely yet,” he said. “The earliest anyone will paddle it will be in September. I definitely want to be there for that!