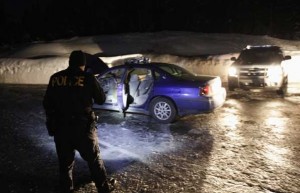 Authorities may have discovered the body of the gunman responsible for a wave of  violence beginning in Seattle that left four injured, two critically, and a Mount Rainier National Park ranger dead. The Associate Press Reports that Benjamin Colton Barnes, 24, an Iraq War veteran was found dead in waist deep snow on Monday, but a positive identification has yet to be made. 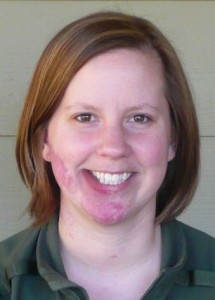 Margaret Anderson 34 was fatally shot by a heavily armed motorist who failed to heed a routine tire chain traffic stop at 10:30 AM on New Year’s Day. Blocking the highway with her cruiser, Anderson a National Park Ranger, was killed by a shotgun blast as she confronted the suspect who was being pursued by another officer. After exchanging automatic gunfire with Pierce County SWAT team officers, the suspect abandon his vehicle and fled on foot through two feet of newly fallen snow.
The Seattle Times reports the blue Pontiac left behind is registered to Barnes who has been linked to a Seattle shooting 8 hours earlier at a New Year’s Eve party. Barnes, who according to a child custody case report, suffers from depression and post-traumatic stress disorder. Prior to the shooting death of Anderson, Barnes was among three individuals being sought for having fled the scene of an altercation involving gunfire that sent four in their 20s to an area hospital.
Anderson, a mother of two, was married to a fellow park ranger. She is the first park ranger to be shot and killed in the line of duty at Mount Rainier. Washington State Governor Chris Gregoire said in a statement on Sunday,
“We are grateful for her service and for the service of the community of park rangers and employees who are no doubt impacted by this senseless tragedy.”