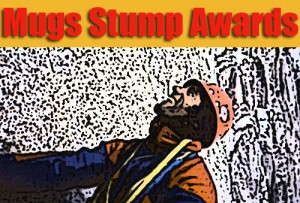 Ventura, CA (January 9, 2012)— The recipients of the 2012 Mugs Stump Award were announced today. The award, sponsored by Alpinist Magazine, Black Diamond Equipment, Ltd., Mountain Gear, Patagonia, Inc., and W.L. Gore & Associates, Inc., was created in 1992 in memory of Mugs Stump, one of North America’s most visionary climbers. In the 20 years since its inception, the Mugs Stump Award has provided $324,000 in grants to small teams pursuing climbing objectives that exemplify light, fast, and clean alpinism.

The applications received for 2012 included many strong teams with objectives in far-flung corners of the mountaineering world, from Alaska to the Himalaya. “This was the strongest group of applications we’ve seen in several years,” said Michael Kennedy, Alpinist editor-in-chief. “We would have been happy to support twice as many trips.” In the end, seven teams with outstanding talent and objectives will receive a total of $33,500 in grants.

2012 Mugs Stump Award recipients:
• Franz Josef Land, Russia. Mike Libecki continues his solo visits to the uncharted corners of the mountain world to attempt The Polar Shield. “This wall is at 81 degrees north latitude, only about 580 miles from the North Pole,” said Libecki. “This wall is way up there, and can be called the northern-most and most remote big wall on the planet.”

• Golgotha, Revelation Mountains, Alaska. Clint Helander, Scotty Vincik and Mark Westman will explore the East Face of this formidable unclimbed peak. “The Revelations have become my maniacal fascination,” said Helander, who has made four trips to the range. “They epitomize true wilderness. The terrain is tightly contoured and extremely rugged. There are no guidebooks and little beta.”

• Middle Peak, Saint Elias Range, Alaska. Dave Burdick, John Frieh and Zac West will attempt the 5000-foot West Face of this unclimbed peak, which “offers a unique opportunity in a very remote region, one of the less visited areas in the state.”

• Latok I (7145m), Karakoram, Pakistan. Mike Pennings, Nate Opp and Josh Wharton will attempt the Northwest Face. “I have now spent more than six months of my life camped below Latok I’s north side,” said Wharton, who tried various routes on this side of the mountain in 2007, 2008 and 2009. “I have begun to understand it’s various moods, and why it routinely defeats some of the world’s best alpinists.”

• K7 (6935m) and Ogre II (6960m), Karakoram, Pakistan. Kyle Dempster and Hayden Kennedy will return to the East Face of K7, which they tried in 2011, and then move over to the Choktoi Glacier for the Northeast Face of Ogre II. “The Choktoi has a rich climbing history, contains some of the most impressive mountains in the world, and has a zero percent success rate,” said the pair. “We view these components as the basis for a truly motivated expedition.”

• Sanlian Peak (6684m), Sichuan, China. Steve Su will join Chinese climbers Yan Dongdong and Zhou Peng for a traverse of the three summits of this unclimbed peak. “I met Yan and Zhou on the recovery mission of my close friend Jonny Copp, who (along with Wade Johnson and Micah Dash) died in an avalanche off of Mt. Edgar in 2009,” said Su. “Zhou and Yan were instrumental in that search. Ever since, I had been in touch with them, hoping to one day climb a peak together in China.”

These climbers—and all of this year’s Mugs Stump Award applicants—share Mugs’ vision of climbing as a celebration of boldness, purity and simplicity. Past recipients include both well-known and relatively unheard-of alpinists pursuing objectives in Alaska, Patagonia, the Himalaya, the Rocky Mountains, Greenland and more. For more information on the Mugs Stump Award, including reports from previous years, please visit www.mugsstumpaward.com.