"Project 365" a year of living vertically – The Joy Trip Project 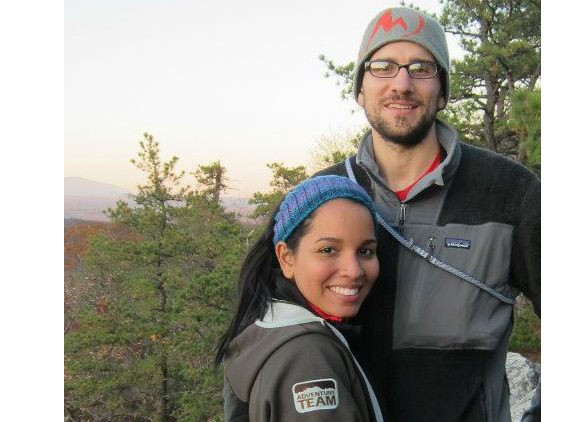 Leading fitness experts agree. The key to good health is a proper diet and plenty of exercise. Climbing guide Steve Richert knows this to be true better than most. A type-1 diabetic, he aims to demonstrate the power of an active lifestyle in not only managing his disease but to boost his athletic abilities to peak performance. With his wife Stefanie, co-founders of the non-profit Living Vertical, Steve is hitting the road for a full year to climb across North America in a diabetes awareness program he calls Project 365.
“My philosophy is diabetes is what you make of it,” Steve said in a recent interview. “It doesn’t have to be a disability and it doesn’t have to debilitate you.”
Climbing became a part of Steve’s life around the same time he was diagnosed with diabetes in 1999.  Although he doesn’t recall the exact month the plan is to turn the date, his diagnosis day or “diaversary”,  into a new milestone with special significance.
“I have a hard enough time managing a couple of birthdays and a wedding anniversary–but we have decided to begin Project 365 on January 16th 2012, on my 13th “diaversary”,” Steve wrote in his blog. “365 days later, upon successful completion of our project, I will celebrate!”
A blood sugar disorder, diabetes includes a range of symptoms that vary as the body’s insulin levels rise and fall.
“If your blood sugar gets too high it can cause you to become lethargic and less aware of your surroundings. It blunts your senses,” Steve said. “And if your blood sugar drops too low, that’s much more of an immediate danger where you can go unconscious or have seizures.
It’s basically a balancing act. Diabetics have to manually control their blood sugar through constant monitoring and periodic injections of insulin. Steve, 29, also diligently works at keeping his body in shape through climbing and he maintains a stable metabolism through a diet that emphasizes fresh fruits and vegetables, whole grains and as little animal protein as possible.
“There are a lot of variables in managing this. There are a lot of ups and downs. And I have those to a point,” Steve said. “But it’s never been debilitating for me because I’m very strict about the diet.”
With his symptoms in check Steve has been able to press the boundaries of his climbing. For the past five years he’s worked as a climbing guide in the Shawangunk Mountains, also known as the Gunks, near his home in New York. He and Stefanie have traveled extensively to climb, sending routs in areas like Zion, Squamish, Devil’s Tower and Yosemite Valley. And over the next year they’ll drive across the U.S. to drop in on all the popular climbing spots they can while continuing to show that diabetes need not get in the way of an active life.
“I want to push myself,” Steve said. “Part of the goal is I want to see if I dedicate a year to living this lifestyle how much my climbing can improve.” 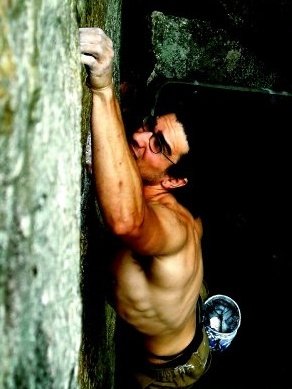 Currently climbing between 5.8 and 5.12 Steve said he hopes to put in at least a vertical mile every month, incorporating some kind of alpine skill every day.
“We’re going to be doing some mountaineering, some bouldering, some gym climbing. We’re going to be doing some aid climbing,” he said. “While there’re many activities that can be called climbing the basic challenges remain the same. And to overcome any challenge you have to figure out a way to make it yours. You have to normalize it. You have to make it part of your life. And once you do that it grows from there.”
Steve wants people to realize that whether they’re managing a disease like diabetes or setting a climbing goal the key to success is dedication. With a keen since of awareness for the critical details involved he believes it’s possible to accomplish just about anything given enough time, patience and persistence. Climbing is a metaphor that illustrates all life’s challenges. So over the next year he and Stefanie will put it to the test and see what they can accomplish on the upward path of living vertically. Their journey begins officially on January 16, 2012. Follow along on their blog http://www.livingvertical.org ~ JEM