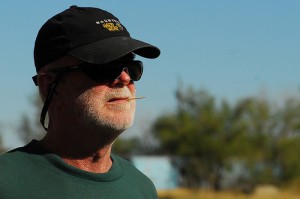 True heroes perform acts of courage. Those who accomplish great athletic feats within their natural abilities are certainly to be admired. But it’s the one who exceed his limitations, going way outside his comfort zone to achieve his goals with little certainty of success that deserved to be called a hero.
Struggling against the symptoms of Parkinson’s Disease Kelly Lane of Rapid City South Dakota took part in a bicycle ride across his state covering more than 600 miles. Appearing in the NBC Universal Sports television series by adventure filmmaker Dominic Gill called Take a Seat: Sharing a Ride Across America, Lane, 59, was among 10 disabled companion riders who set aside their fears and apprehensions to take part in a journey to discover the courage within each of them. 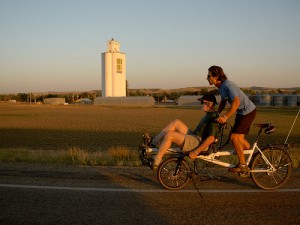 Despite the pain and discomfort of his illness Lane showed incredible determination to pedal his way to Minneapolis, Minnesota on a specially designed tandem bicycle. In the film he gives an intimate view into the life of an otherwise active optimistic person whose existence is made infinitely more difficult by a degenerative disease. But with the benefit of intense exercise over eight days of travel Lane’s symptoms abated enough to complete a century ride, covering 100 miles in a single day.
At the My Hero International Film Festival in Los Angeles Kelly Lane received a ‘My Hero’ award for his role and the movie took a 2nd place prize in series expert category.