How to become a National Geographic Explorer

19 Dec How to become a National Geographic Explorer 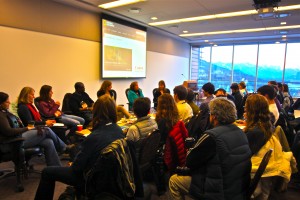 If you’ve ever wondered how you might become an explorer for National Geographic believe it or not it can be as simple as attending a seminar.
During the Banff Mountain Film Festival in a conference room at the Banff Centre in Alberta, Canada aspiring young explorers learn the ropes of turning their dreams of adventure into an assignment for National Geographic. Their works may land on television, on the web or the famous magazine with the bright yellow border. Carrie Regan, Vice president of specials development at National Geographic Television tells young photographers, writers and filmmakers what she wants to see and hear in a pitch.
“In brief it’s basically looking for great adventures, adventures with great payoffs, a great discovery,” Regan said. “Think about what the hook would be, what would make viewers when they tune in for the first 5 minutes say, ‘Oh, my God! I have to stick around and see if they’re going to solve this mystery if they’re going to accomplish this quest’.”

For many, like those at this seminar, the dream of exploration began between the pages of National Geographic Magazine. Who can forget the image of early human ancestors discovered at Olduvai Gorge or the hunting eyes of the “Afghan girl” Sharbat Gula? Those vivid pictures and compelling stories have inspired people for generations to travel the world in search of adventure and scientific discovery. Since 1888 National Geographic has supported more than 10,000 expeditions to the most remote corners of the globe. And those gathered here want to be among the next group of explorers. In this seminar Regan encourages them to keep a few things in mind. 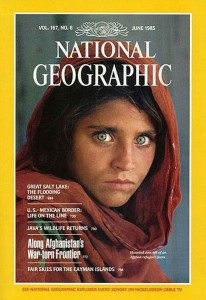 ‘So really think about how this is going to be visually different,” she said “what great characters we have and what’s that great payoff that will keep viewers tuned in.”

Developing content across a variety of different media National Geographic is looking for new and exciting stories. Gregory McGruder, vice president of public programs at National Geographic also sits on the Expeditions counsel as well as the Young Explorers Grant counsel. He helps to pick from among the many projects that apply for support and funding. But he warns new applicants not to make up the social and culture significance the magazine is known for in their stories. He says just keep it real.
“We’ve got really good radar for things that are shoehorned in kind of improperly,” McGruder said. “If it’s something about adventure make it adventure. Don’t add the cultural element as a tag-on. I mean the cultural element is fine, but it just has to be authentic.”
It is this authenticity that adventure filmmaker and past National Geographic Younger Explorer Grant recipient Andy Maser brings to the magazine. 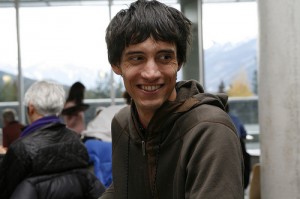 “I got a young explorer grant in 2009 for a project in Bolivia that blended climate change with white-water kayaking,” he said.
Maser’s project for National Geographic proposed to demonstrate through a paddling adventure how a warming planet might impact the availability of water in a major city like La Paz.
“A lot of their water comes from melting glaciers that are rapidly receding because of climate change,” Maser said. “So we launched an expedition to study these glaciers and then paddle the rivers that flow with the melt waters of these glaciers.”
Maser, who’s now 26, pitched his expedition idea to National Geographic in consideration of a Young Explorers Grant. Now he’s a professional adventure filmmaker.

“Working with National Geographic it really opens doors. The young explorers grant is a small grant. It’s only between $2,000 and $5,000,” Maser said. “But it’s not necessarily the money that’s the most valuable part of these small grants it’s the people you meet and people you get to collaborate with and just the opportunities that you get by being associated with National Geographic.”
(Learn more about Maser’s Kayaking Bolivia project online: http://ngadventure.typepad.com/blog/2009/04/k.html)
“You know I think a lot of people are familiar with you know the Jacques Cousteaus, the Jane Goodalls, you know Diane Fossey, the Leakeys those are people we’ve funded throughout our history,” said Rebecca Martin, director of the expeditions counsel. She says National Geographic continues to fund groundbreaking, field-based scientific research. And through the Young Explorers grant program National Geographic also encourages people aged 16 to 25 a the beginning of their careers to create expeditions of their own.
“So they either need to be producing some interesting scientific results, be making discoveries, bring back a great story of adventure, think about the story telling component and we showcase them throughout National Geographic Media, our web in particular, but other media as well,” Martin said.

Young explorers share their stories online, a few make it to television and some are published in the coveted yellow magazine. With a little base funding and a lot of professional guidance National Geographic is helping to take adventure and scientific discovery in a new direction.
“A young woman anthropologist from Oxford University joined and studied Mexican family run circuses, Emily Ainsworth and produced absolutely stunning imagery and she has incredible stories to share about that,” Martin said. “So lot of the young people are thinking way outside the box of what we would normally fund and we’re wanting to be creative with them and let them stretch the boundaries for us. So it’s exciting to see with what the next generation has brewing and it makes me feel really good about our future too.”

After more than 120 years of exploration, there is still much left to be discovered. And though a lot of ground has already been covered editors at National Geographic encourage grant applicants to keep looking for that next great find. What matters most is that young explorers bring a new and exciting angle to the story. You can learn more about the Young Explorers Grant program on line. http://www.nationalgeographic.com/explorers/grants-programs/young-explorers/

The Joy Trip Project is made possible with the support of sponsor Patagonia. Check out their latest new media and conservation initiatives on their blog the CleanestLine.com. And special thanks to the Walton Works whose underwriting of travel expenses to Banff helped me to bring you this and other great stories. Visit the Waltonworks.com

Thanks for listening. But you know I want to hear from you. So please drop me a note with your questions comments and criticisms to info@joytripproject.com