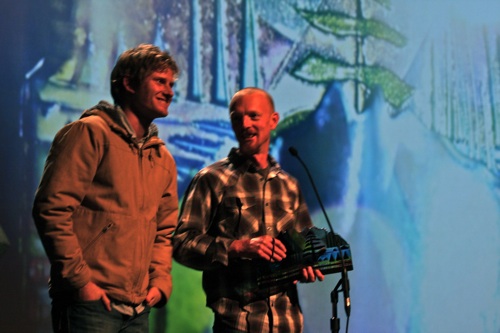 A short film that details the events of the first winter ascent of Gasherbrum II in 2011, Cold tells the intimate story of climbers Corey Richards, Simone Moro and Denis Urubko as they brave temperatures 50 degrees below zero to gain the summit of this 8,000 meter peak in Pakistan. As team photographer Richards captured amazing footage that Fogel expertly crafted into an inspiring and compelling film.
The movie Chasing Water directed by Pete McBride received the prize for Best Short Mountain Film. Fogel edited this project as well making him the festival favorite of the night.
“I really didn’t expect this. I’m overwhelmed,” he said. “Man! I love Canada!”
Here’s the list of this year’s Banff Mountain Film Festival award winners. 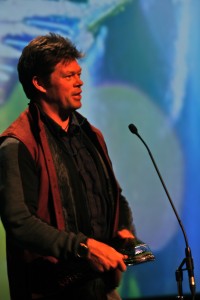 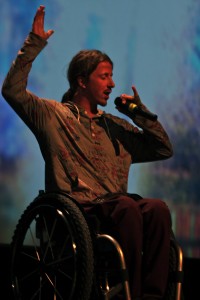 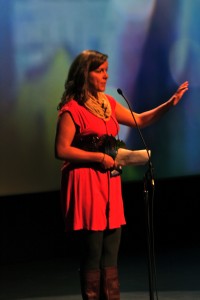 (Editior’s note: the original version of this story identified Anson Fogel as the producer of the movie Chasing Water by Peter McBride. That is an error. Fogel is the editor, but McBribe is the producer)