Becca Skinner remembers those who survived

25 May Becca Skinner remembers those who survived 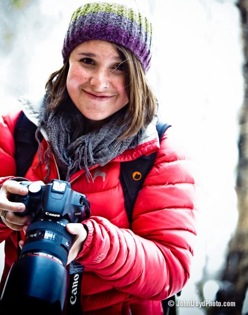 Long after a natural disaster fades from the headlines the human tragedy continues. To most, the Sumatra earthquake and tsunami of 2004 is a distant memory. But a young photographer from Wyoming wants the world to keep in mind the thousands who died and hundreds of thousands more who survived but still suffer. Becca Skinner wants to tell their story. And working in collaboration with photographer James Balog and a grant from National Geographic, she and fellow student Chris Michael will make sure we never forget.

“A place after a natural disaster is in the media for only a short period of time,” Skinner said. “Communities rebuild or don’t rebuild behind closed doors. Nobody really pays attention to how communities recover.”

A student of social work at the University of Wyoming Skinner sees photography as way to help share stories that often go untold in a distracted media landscape. She spent time taking pictures and talking to survivors in Louisiana a few years after Hurricane Katrina. Recognizing that sudden tragedy disproportionately impacts people living in poverty she wants to demonstrate that an earthquake, flood or any other disaster involves more than the destruction of property or even death. 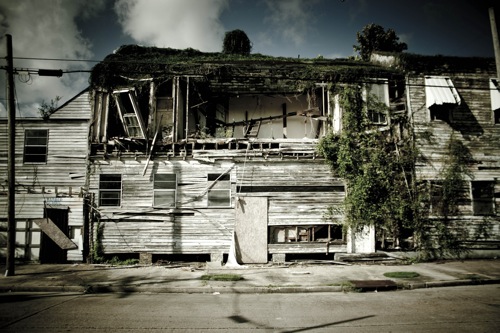 “So much of what happens after a natural disaster has to do with classism, sexism and other social aspects,” Skiner said. “I want to bring attention to the injustices that are still going on in our world.”

Camera lenses typically focus on the dramatic events of sudden tragedy as they unfold. In an instant photographs capture startling images of the devastation that shatter the lives of everyone around. But as a community slowly puts the pieces back together the task of storytelling through pictures grows increasingly more difficult as defining images become few and far between. It’s only through painstaking observation with photographs taken over time that truly remarkable depictions can be created.

Hoping to illustrate the aftermath of the Sumatran earthquake Skinner and Michael plan to reconstruct a series of photographs Balog took in 2005. Like the time-lapse images that speed up the progression of melting glaciers through his Extreme Ice Survey Project Balog is encouraging the two students to snap pictures long after the event at Banda Aceh Province in order to demonstrate how things have changed.

“I’d like to make people aware that just because the media has stopped covering the disaster there are still people there rebuilding,” Skinner said. “They’re dealing with it everyday. And I hope we can bring back some images that show what has happened since James took his pictures.”

Skinner and Michael received grants totaling about $17,000 from National Geographic as well as the University of Wyoming department of Art & Sciences funded in part by former Vice President Dick Cheney. They also received support from outdoor industry companies Camelbak and Lowpro. Heading out in mid-July the two will be in Sumatra for a month. Skinner said she’s both excited and apprehensive for the opportunity to see how circumstances have changed seven years later.

“Part of my excitement is finding people willing to tell their stories,” she said. “But natural disasters are associated with a lot of loss and a lot of grief. I know from my Katrina experience that’s going to be the hardest part.”