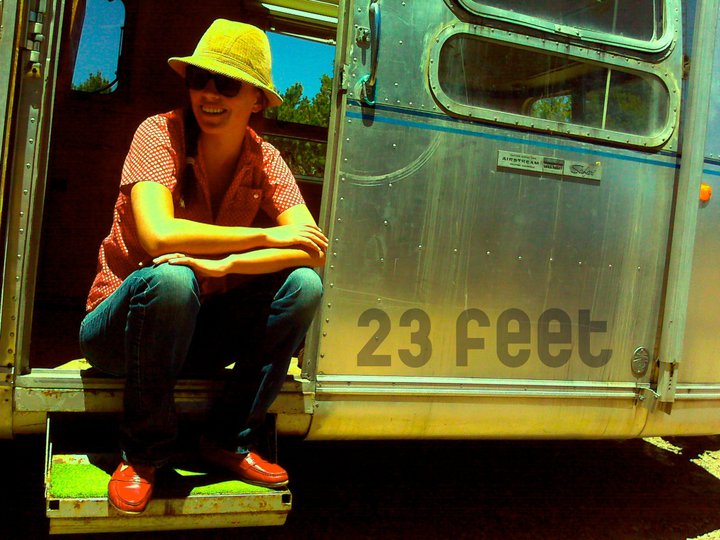 Living simply isn’t as easy as it looks, or is it? A new film by Allie Bombach and Red Reel Productions explores the transient lifestyles of people who live out on the open road actively in pursuit of their dreams. In a documentary filmed in a style true to its subject the short feature 23 Feet delivers the promise that happiness is often discovered in what remains of the trivial though seemly important things we leave behind.
“We went across the West in a 23-Foot Airstream to interview people and see what this lifestyle is like, the struggles that they go through, the sacrifices that they make and why it’s important to simplify your life, to take risks and evaluate what makes you happy,” Bombach said in an interview. “We truly believe that if you manifest what you love in life the rest will come naturally.”
As she and two friends travel the western highways in their camper trailer Bombach opens up the world of the vagabond adventurer. “These are not the weekend warriors,” she says in the film “ but people who build their home in the places they love the most.”
Rafters, climbers and surfers share their stories of how by doing without a few critical luxuries they enrich their lives for the better. Devoting themselves to a minimal existence in order to concentrate on the things matter to them the people Bombach encounters reveal the principles of a life fulfilled.
“It’s a curious thing. Living simply isn’t that it’s simple. It’s that you strive for what sacred is and what values are,” says Yosemite climber Ron Kauk. “Skills learned in rock climbing, mountain climbing, or anything we participate in, these so called outdoor sports, are like a first hand lesson in what it is to be human and how humbling it actually is.”
The film’s writer Lisa Montierth said she hopes viewers of 23 Feet realize who important it is create opportunities in life where one’s heart’s desire is possible.
We’re hoping to encourage people to take risks and no matter what you do there will be reward and there’s going to be sacrifice,” Montierth said. “But the biggest reward I think you can have is waking up everyday and being happy…I can say with confidence, especially after this project, you’re going to be stoked!