Dash? or Trevor? You Decide – The Joy Trip Project

24 Mar Dash? or Trevor? You Decide – The Joy Trip Project 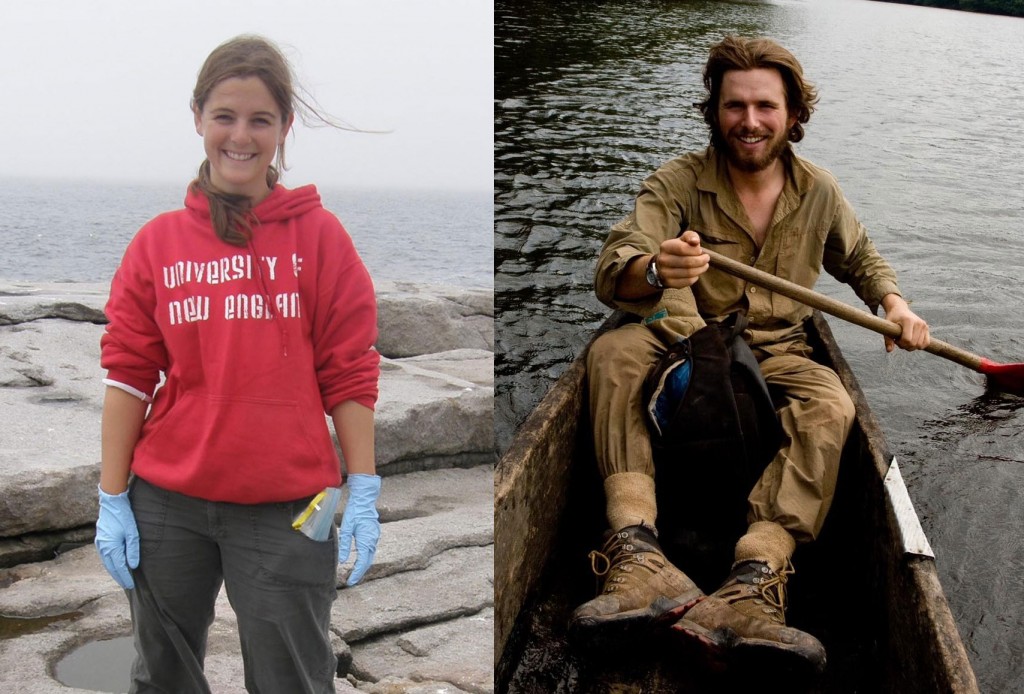 National Geographic Young Explorers Dashiell Masland and Trevor Frost are contending to save the world, at least a small piece of it. Hoping to continue work in progress both are angling to raise awareness for the preservation of wild animal species in remote corners of the planet. Going head-to-head in a competition for funding to support their respective conservation projects, the two want your vote in the Expedition Granted contest.

As part of Expedition Week that starts April 3rd on the National Geographic Channel, viewers are invited to register online and cast their ballots for the explorer they like best. With the added incentive of winning a free trip to the Galapagos Islands for themselves, voters have the chance to provide Trevor or Dash with an expedition grant worth $10,000.
“Expedition Week is the perfect example of how National Geographic Channel supports the mission of National Geographic Society,” said Dawn Rodney, SVP, Marketing & Creative, National Geographic Networks. “It gives young explorers the chance to realize their passions and make a difference in the conservation of wildlife.”
Both contestants have already received Nat Geo expedition grants in support of their work. Dash, 27, is a marine biologist who specializes in aquatic mammals. The Young Explorers grant afforded her the opportunity to study a species called the Grey Seal near her home in Maine.
“It allowed me to do my master’s research,” Dash said. “And I got a first-author scientific publication out of it, which is huge for a young scientist’s career.”
With an equally ambitious mission, Trevor, 25, used his grant to study a series of caves in the Congo rainforest.
“We ended up discovering the longest cave in Gabon,” he said. “That one grant from the Young Explorer’s program is certainly responsible for a lot of the success I have today.”
Now that their lives as professional explorers are underway Trevor and Dash hope to make new discoveries on their next expedition. Should either of them win the Expedition Granted contest both aim to apply new research they’ll conduct toward the preservation of wildlife in the regions they love most. Trevor is making plans to end animal poaching in the national parks of Sumatra, while Dash means to protect the endangered Hawaiian Monk Seal. With an eye toward blending exploration with hard science to bring back compelling stories, Trevor said the contest fulfills a longstanding tradition.
“That’s why National Geographic has been so effective over the at last 100 years of its history,” he said. “They’ve brought back evocative images and video. These materials coupled with scientific data are what sway the hearts and minds of people who can make a difference in conservation.”
Educating the general public is critical to the preservation of endangered species. Dash said her research could help make the case for a strategy that may allow the Monk Seal to rebound.
“We have to understand the ecology of these animal completely in order to make any management decisions that can help save them,” she said.
Funding from the Expedition Granted contest will help put Dash and Trevor on location to do their research. Trevor will spend time with Sumatran park rangers to discover what is currently working in their conservation efforts and what resources they still need. Dash will collect biological samples to determine some the dietary challenges that young Monk Seal pups face that allow only one in five to reach maturity.
With very different projects both candidates have a solid plan for how they aim to proceed. But it’s up to contest voters to weigh in and support the research they feel will have the biggest impact. The runner up will receive a smaller $2,500 grant. But win or loose, Dash and Trevor are committed to continuing their work. The winner will be announced on April 7th.