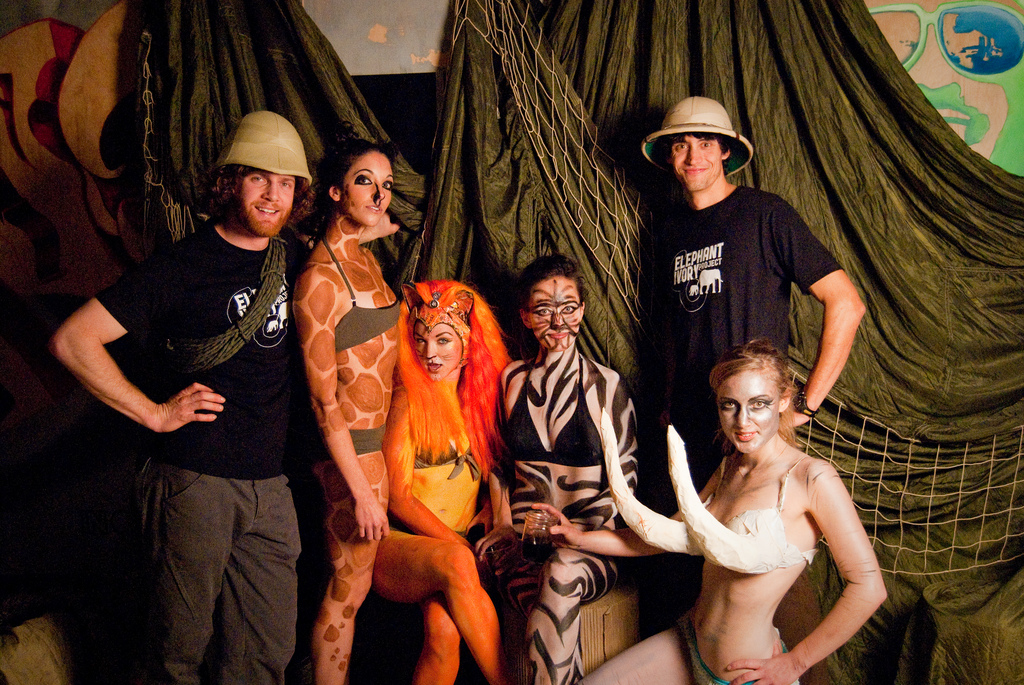 “To make people care, you’ve got to give them a way to engage on a local level and this fashion show accomplished just that — local designers, models and members of the community came out in full force to support this project,” said Emily Nuchols of Under Solen Media. “It makes you realize that this isn’t just about saving elephants, this is about building a dynamic, conscious and empowered community. We like to think that we’re doing our part to save the world — one party at a time.”
Despite a worldwide ban on ivory, elephants in remote areas of Africa continue to be hunted for their tusks. An initiative supported by National Geographic and the International League of Conservation Photographers the Elephant Ivory Project is a small group of adventure media experts who are working to map those areas where the animals are being taken. Scientists on the team collect genetic samples to match with pilfered ivory recovered from captured thieves. The goal of the project is to bring back compelling images and stories to illustrate this tragic struggle.
“It’s shocking to realize that on average 105 elephants are killed by poachers every single day, but it’s not hopeless. ” said Andy Maser of Epicocity Films. “20 years ago, with a global upwelling of support, the ivory trade was stopped — nearly overnight. We can do that again. And this event brought us one step closer to doing so.”
The fashion show itself brought out models, make-up artists and clothing stylists to celebrate their craft and contribute to the continuing efforts to save wild elephants.
“Conservation and spreading awareness for the well-being of our planet and the lives on it comes in all forms,” said Jillian Rabe, Fashion Show Producer. She said it was “a privilege to be able to join forces with this team and create an avenue for the fashion community to help support the cause.”