I should be horizontal. The Mountain Film Festival in Telluride came to a close just a few hours ago. And after five action-packed days taking photographs and conducting interviews I’m pretty wiped-out.  I aught to be in bed getting some much needed sleep. Soon I’ll begin work on a more lengthy blog post and you can look forward to several new podcasts. But for the moment I just had to take a few minutes to share with you the absolute best highlight of the event. 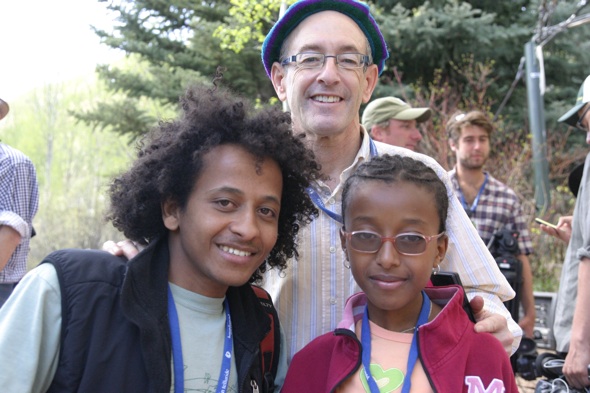 Dr. Rick Hodes, subject of last year’s Moving Mountains prize winning film “Making The Crooked Straight,” was invited back to Mountain Film to be a judge in the competition. Along with his adopted son, Hodes brought along a young girl from Ethiopia named Mieraf Atanafu. Like many of the children in Hodes’ care Mieraf suffered from a severe from of scoliosis combined with spinal tuberculosis that horribly twisted her spine. Other children in her village cruelly teased and mistreated Mieraf from a very young age. They called her humpback.
Fortunately with the money he received from Mountain Film, $5,000, Dr. Hodes was able to get Mieraf a surgical procedure that straightened her crooked spine. She came to Telluride standing tall, proud and happy to thank the filmmakers, artists and donors for making this miracle possible. No kidding her story moved me to tears.
But that’s not the half of it. Mountain Film also welcomed this year the subject of the Oscar winning documentary “Music By Prudence.” Born in Zimbabwe with a terrible birth defect Prudence Mabhena was also subjected to extreme cruelty by not only her peers, but also her family. She was abandoned as a child and sent to an assisted living center for children with disabilities. But at the King George VI School she discovered her talent for music and is now the lead singer in a band of all disabled young people called Liyana. 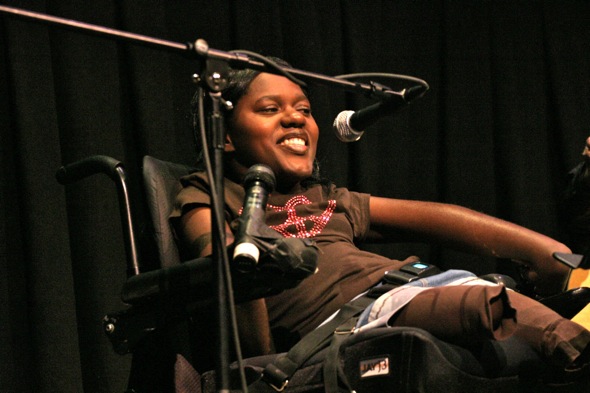 Confined to a wheelchair with stumped legs and malformed arms Prudence preformed two exquisit concerts, singing for Mountain Film after screenings of her documentary. Thoroughly embraced by our community Prudence became acquainted with Dr. Rick Hodes who examined her and evaluated her condition. After a phone call to a colleague in Africa, Dr. Hodes announced during the closing ceremonies that he had arranged for a spine straightening procedure for Prudence.
“This never would have happened if it weren’t for Mountain Film,” Dr. Hodes said. “The generosity of this community is amazing and you’re making wonderful things happen.”

So once again I was brought to tears. Even though Mountain Film began more than 30 years ago as a celebration of adventure it has become so much more. By raising awareness for those who triumph over adversity in the most remote corners of the world Mountain Film has become an institution that explores the path of excellence from the depths of despair to the very heights of human achievement. 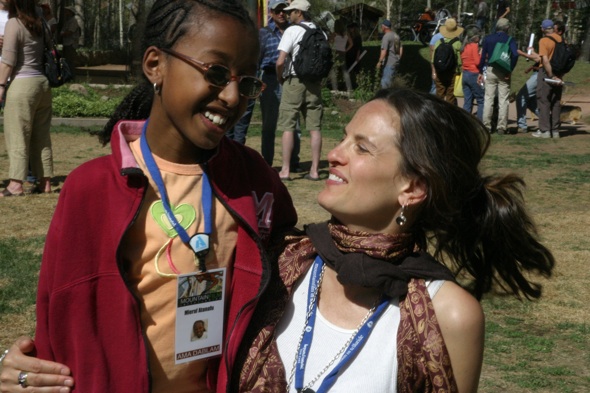