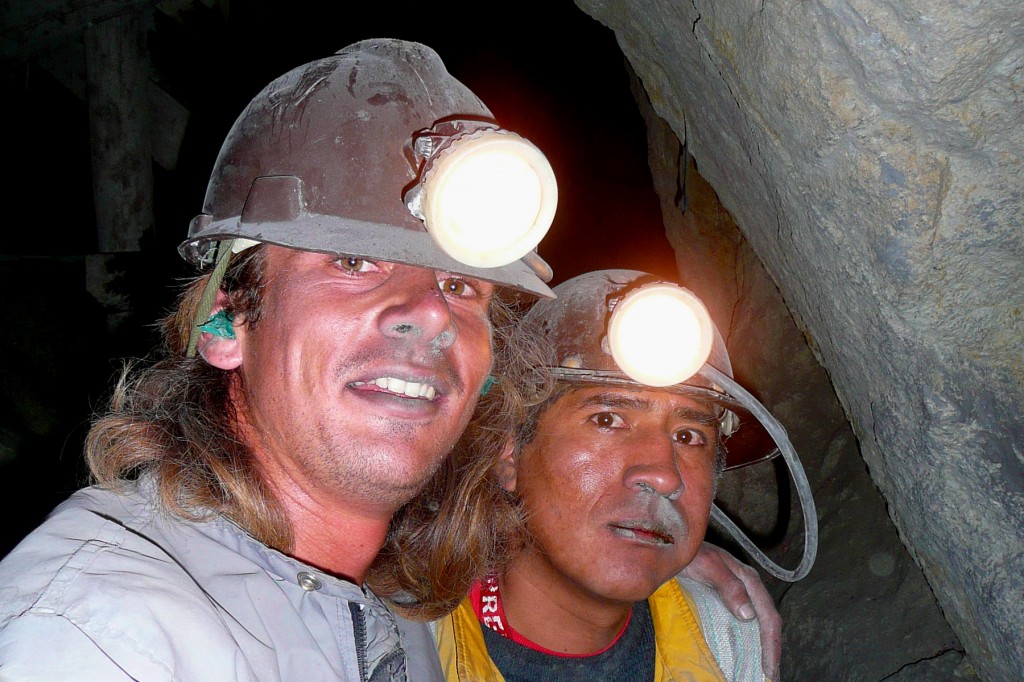 Adventure filmmaker Dominic Gill is making more movies from his cutting room floor. As his award-winning bicycle travel pic “Take a Seat” is on world tour with the Banff Mountain Film Festival, Dom is creating a series of shorts based on the non-cycling portions of his 20,000-mile tandem trek from Alaska to Argentina.
In this first installment called Rich Mountain the biking Britain pulls over in Bolivia long enough to tour one of the infamous Potosi silver mines. Here, since the time of the Inca, more than 8 million people have died over the past 500 years.
“I had seen hardship, lots of it, in other parts of my journey but this was one of the few times when I actually ‘injected myself’ albeit briefly into their world while not just traveling slowly through it,” Dom said in a Facebook exchange on online. “I was there for 4 hours and for at least a week after i had black mucous streaming out of my nose and ears….it was stressful for me, let alone those in there day in day out.”
Rich Mountain is brief but compelling look in to the lives of the people who still make their living extracting minerals from the ground. Our own experience of the tragic mining deaths in West Virginia earlier this month is testament to this hazardous profession that offers low wages and few benefits.
Though Dom’s objective was to ride his tandem bicycle across two continents to the tip of South America, his primary mission was to meet and encounter as many people as possible along the way. In this film Dom demonstrates that travel offers an amazing opportunity to experience life from a point of view unique to many of us but all too common to millions around the world.

You can learn more about Dominic Gill online at :www.dominicgill.me
Also check out his book “Take A Seat” available at Amazon.com