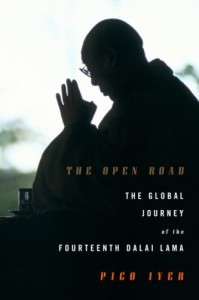 “At the end of his conversation with the Dalai Lama in 1960 he said ‘I have this little three year-old boy back in England and he was already quite interested in the story of your dramatic flight from Tibet into India’,” Iyer said.  “And so the Dalai Lama, with his great gift for the perfect gesture found a photo of himself when he was 5 years old and sent it to me. And so from the time I was three I had this photo of this little boy, 5 years old, already ruling 6 million people. I didn’t understand who or what the Dalai Lama was. But I could make a contact with this little boy sitting in this place. And I could see all the responsibility he had. So in that sense I grew up with the image of the Dalai Lama and stories of the Dalai Lama from the time I was a little boy.”
From the gift of that photograph to their first meeting years later Iyer and the Dalai Lama have been become good friends. And through the course of his career as a journalist Iyer has cultivated a deep insight to the philosophy that has guided the Dalai Lama toward a peaceful resolution of the conflict between China and Tibet. In his new book The Open Road: The Global Journey of the 14th Dalai Lama Iyer shares his view of the spiritual and political path we all take to find peace in our lives and the world in which we live. 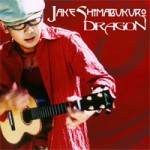 This recording from season 1 of the Joy Trip Project was originally brought to you thank to a generous grant from KEEN Footwear. Also thanks to our current sponsors, Recreational Equipment Inc, REI and Patagonia. We don’t take money from just anyone. Sponsors of the Joy Trip Project support our mission of an active lifestyle through outdoor recreation and community involvement. Support us by supporting them. Find links to their web sites on ours at JoyTripProject.com