Posted at 13:14h in Commentary by James Edward Mills 2 Comments 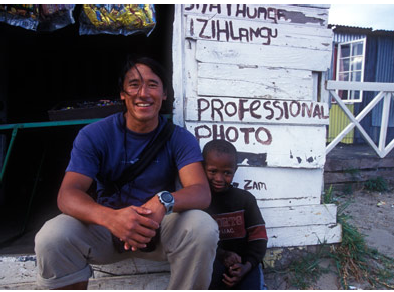 My buddy Jimmy Chin is heading to the summit of Kilimanjaro this week. As one of the most sought-after high altitude photographers in the world I can’t say I’m surprised. When we first met he was complaining about having to go back to climb Everest  – again. “I’ve already been there twice this year,” he said when we first met in 2006. “But this one’s important. So I’ve got to go.”
Can’t say that I felt too sorry for him. But on that particular occasion he was heading back to Nepal to shoot pictures of fellow North Face athlete Kit DesLauriers’ ski decent of the highest mountain in the world. That winter she became the first person to ski the Seven Summits and Jimmy was there to film it.
So the 19,340-foot climb to top out the tallest peak on the African continent should be a piece of cake. But what makes this ascent special is that Jimmy along with the Grammy-nominated musical artist Kenna and rap star Lupe Fiasco are making the journey to raise awareness for the world-wide water crisis. With an all-star cast of climbers making the journey hopefully the Summit on The Summit Expedition will bring to light the tragic growing scarcity of the planet’s most precious natural resource. But this well intended effort might well fall flat under the weight of its own lofty though noble ambitions. 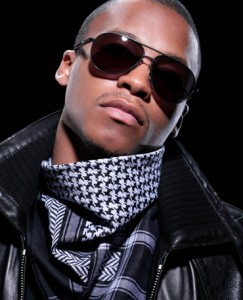 With water flowing freely right out of the tap here at home, it’s hard to fathom that in Africa and many regions of the developing world people walk for days between villages in search of a fresh clean source of hydration. More than a billion people on Earth are at risk. This high profile climbing expedition aims bring the water crisis to the attention of the world and encourage financial contributions toward the creation of safe drinking water facilities in communities where they are needed most.
I have to say though I’m a little concerned. The message doesn’t seem to be resonating, at least not yet. The expedition participant list reads like a who’s-who celebrity round-up. So where’s all the buzz in the press? Coming along on the trip are actresses Jessica Biel and Isabel Lucas as well as singer/songwriter Santi White. Water rights advocate Alexandra Cousteau, granddaughter of famed ocean explorer Jacques-Yves Cousteau, is on the team with environmental activist Kick Kennedy, daughter of Robert F. Kennedy, Jr. 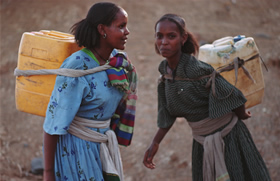 With some pretty big names in the world of entertainment and do-gooder glitterati socialites you’d think we’d hear more about this venture from sources other than Facebook and MySpace. Media placements to date are limited to a deactivated electronic press release from September and a Q&A interview with Kenna and Fiasco in ELLE Magazine from April. That’s pretty much it.
Videos posted to YouTube are campy featurettes that make the same lame jokes about climbing. Yeah we get it. It’s cold up there.
The humor quotient takes a serious nose-dive with comedy routines depicting the two African-American members of the team training for the climb in an East Los Angeles neighborhood. Wearing blue Adidas-style track suits the pair run the tire course while under the tutelage of some apparently famous, but unknown to me, alpinist with a creepy silent Asian (Himalayan?) sidekick.
I suspect that the media is taking a pass on this story because it smacks of an expensive publicity stunt. With little direct outreach and engagement of the adventure community on the plight of water deprived people of the world this is just another climbing trip with famous people we’ll never meet.
Despite my misgivings though I happily applaud the initiative.  I am especially pleased that this expedition sponsored by Hewlett Packard, PUR, MicroSoft and the new adventure clothing company First Ascent, is using well-known people of color to broaden the appeal of this climb to a more diverse audience.  When it comes to high altitude mountaineering that’s a first for me and perhaps it’s a true sign of progress.
I sincerely hope that people will indeed visit the Summit on The Summit (http://www.summitonthesummit.com/) web site and follow along on the journey. The participants promise to unload blog and Twitter  posts on each day of the climb. But let’s not forget what really matters with in comes to the world water crisis.
Here’re some alarming facts from Water.org:

Kilimanjaro has been climbed to death. So we’re really not breaking new ground here. What makes this story appealing and interesting to watch is that Kenna hopes to use his notoriety and social media clout to bring attention to the crisis in his ancestral homeland. The most recent video posted to the Summit on the Summit web site is far more compelling than the climb itself. In it we hear the story behind the musical artist’s motivation to work toward a solution to the water shortage that is killing so many people. By comparison the mountain climb pales against the sincerity of Kenna’s desire to help. I only hope that from this experience we see a new album, perhaps three, of inspirational music that brings a greater depth of understanding to this devastating crisis.
[youtube]gIR0UkPJBvs[/youtube]