Posted at 09:17h in Commentary by James Edward Mills 0 Comments 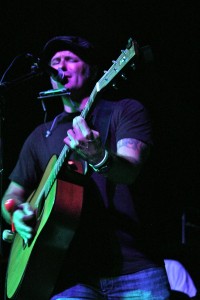 The collected works of modern artists will change the world. I’m convinced that those who combine creative expression with a love of the natural world will bring to light the critical issues that must be addressed in order to protect and preserve the ecology of our planet at risk. Singer/Songwriter Jon T. Howard is one of those artists plying message to mission. Later this week he’s heading out on a voyage across the North Atlantic Gyre. The goal is to raise awareness for the world’s ocean becoming thoroughly polluted with disposable plastic water bottles. 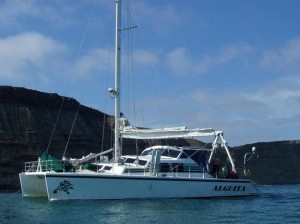 I met Jon last summer at the Outdoor Retailer Show in Salt Lake City. He was among a few solo acts that performed during the All-Star Industry Jam. Several companies put together bands of musicians among their employees for one of the best parties ever. The tribe came together to dance and sing to music of our own making. That night proceeds collected at the door went to support the disabled athletes program Paradox Sports.  In a classic blues style Jon performed to a cheering crowd demonstrating that his talents go far beyond his skills in marketing.
Jon’s company EcoUsable distributes a line of reusable stainless steel water bottles. The brand encourages consumers to forgo plastic and drink only tap water.  The product also includes a micro-filtration system. So I wasn’t terribly surprised when I got an email over the weekend telling me about this upcoming expedition. Joining a team of scientists from the Algalita Marine Research Foundation Jon will sail around the rotating ocean currents of the North Atlantic Gyre to document the infiltration of plastic debris in sea water. 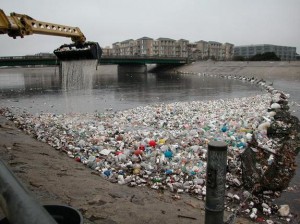 “We will be examining the role plastic pollution plays in transporting Persistent Organic Pollutants (POPs) in the marine environment,” Jon said in his blog. “I feel honored to be asked and I am very grateful that EcoUsable Inc. has given me this great opportunity to go on a once in a lifetime journey.”
The 14-member crew includes Dr. Marcus Eriken, director of research at AMRF, and Anne Cummings, the foundation’s education advisor. The voyage will span two weeks departing on January 8th from St. Thomas U.S. Virgin Islands on the sailing ship Sea Dragon operated by Pangaea Explorations. Algalita’s primary mission is to conduct research that monitors plastic pollution in the world’s oceans and to report their findings to the public. 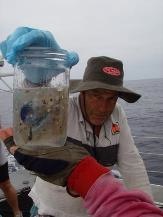