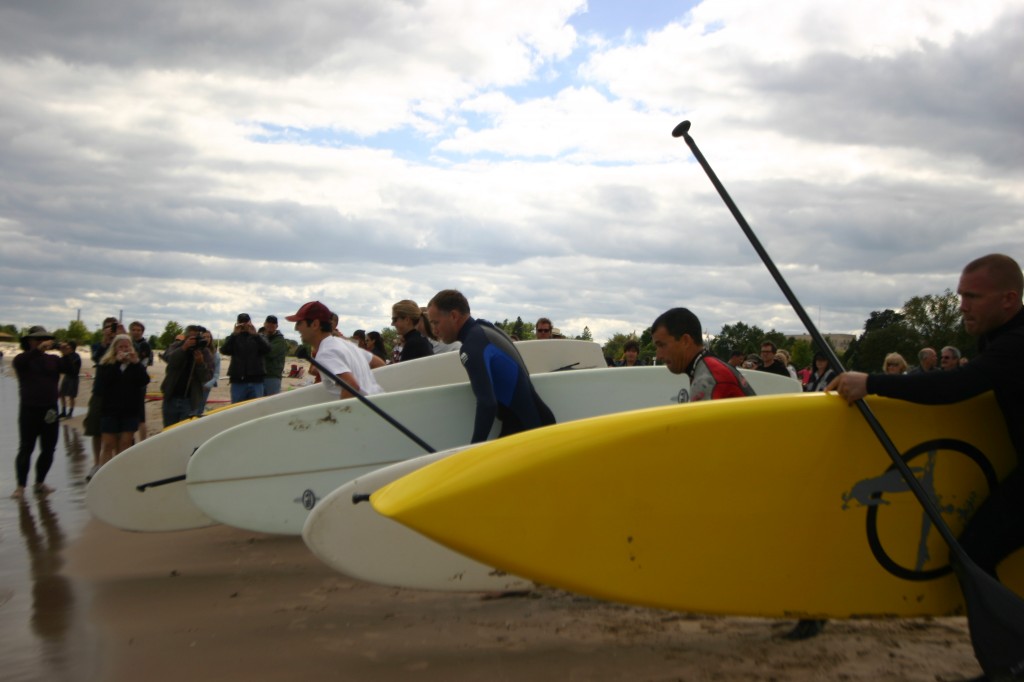 Nicholas Vandervelde teaches Stand Up Paddling in Madison and from the start of the race he was out in front. On this day in Sheboygan he surfed the Great Lakes for first time.
“Even though the waves are small you can still catch them,” he said. “I lived for three years in Hawaii and surfed crappier days than this. So I’m pretty excited!”
Having grown up in Los Angeles I’ve often pooh-poohed the very idea of surfing the freshwater waves of Lake Michigan. Even with the advent and rise of standup paddling I figured there was only flat water in store for anyone angling to ride a board a thousand miles from the nearest ocean. But in Sheboygan, up the inland coast from Milwaukee, hundreds of Midwestern wave-riders gather to celebrate the sport and kick-off the season opener at the Dairyland Surf Classic. 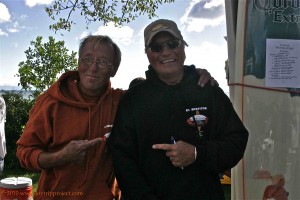 “There’s more than 11,000 miles of coastline along the Great Lakes, which is surrounded by 8 states in the United States and one province of Canada,” said co-director Larry Williams. “That makes up more coastline than the East Coast and the West of the U.S. Combined.”
With more than 22,000 square miles of open water Lake Michigan is a vast inland sea with currents and weather patterns that surge waves of surf to the shores of Sheboygan and other coastal towns. “Labor Day weekend is the start of our surf season that runs from September through the end of March,” Williams said. “We surf right through the icy cold months of winter. It’s not unusual to paddle out in 30-degree water temperature, 17-degree air, with a 24 below wind-chill factor. It really thins out the crowds.” 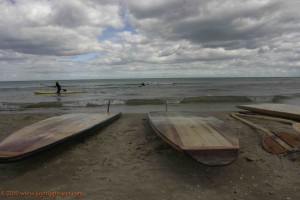 For 22 years Larry Williams and his twin brother Lee have invited surfers to come out and ride the waves at The Dairyland Surf Classic. Several competitions are held during the event, which includes an SUP race. A potluck buffet and live music by a local band of boarders gives the weekend the feel of a family reunion.
The tradition of surfing the Great Lakes goes back to the 1920s when Wisconsin native and surf pioneer Tom Blake connected with Duke Kahanamoku to promote the sport across the country. Despite smaller waves early in the season paddle drivers come out to enjoy the less buoyant, salt free water of Lake Michigan while embracing the full experience of Midwestern surf culture. 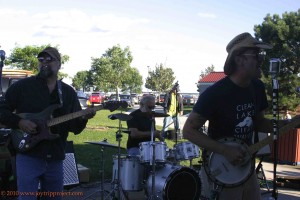 “The community here is quite different here and I think maybe better,” said Jonno Durrant, the Australian filmmaker of Surf 50 States. “Everyone here is so friendly and stoked whether there’re waves or not. In Australia if there weren’t waves everyone would be out doing something else.” 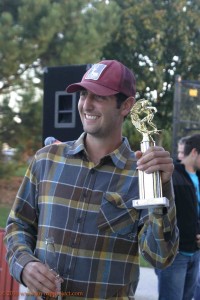 Full of the Aloha spirit Wisconsin surfers blend Midwest hospitality with the strength and tenacity of Northwoods lumberjacks. Adding Standup Paddling to mix simply expends the season to days when waves are few and far between. Paddling his first SUP race on the Great Lakes Nichaols Vandervelde powered his way to a first place finish with a dramatic scramble up the beach and dive for the victory post at the end. He said now he’s pretty psyched about paddling through the long winter. 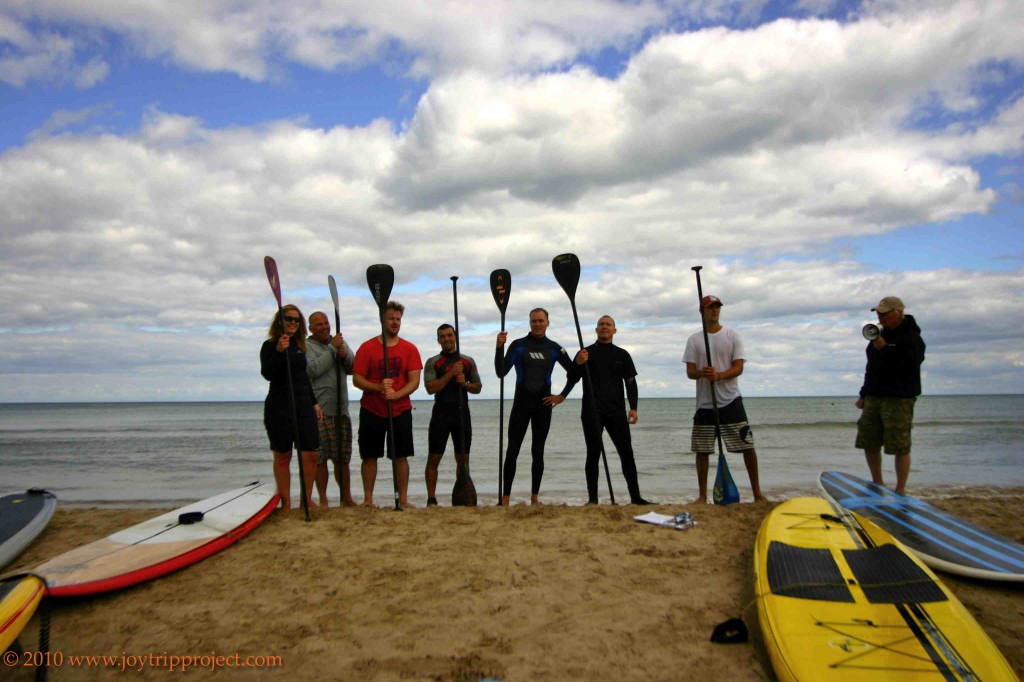 “I don’t know about a dry suite, but I’m going to surf as long as I can. When I start pushing ice chunks out of the way I think that’s when I’ll get out of the water.”