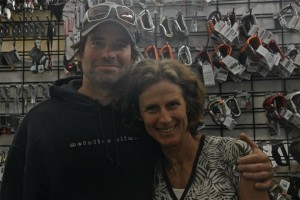 As dealers of paddle sports and mountain gear make their way to Salt Lake City reports of their business offer a cautiously optimistic view of national sales trends. When the 2012 Outdoor Retailer Summer Market opens over the first week in August buyers will likely shift their focus from a wildly popular category in sudden decline and take a hard look at an old favorite that seems to be making a comeback. Sales of Vibram’s Five-Finger footwear and other minimalist running shoes have dropped by 36 points while climbing hardware sales rose 25 percent.
After a non-winter with low snow yields across the country specialty retailers are struggling to regain lost ground. But reports indicate that they enjoyed a 3 percent increase in the month of May over the same period last year. 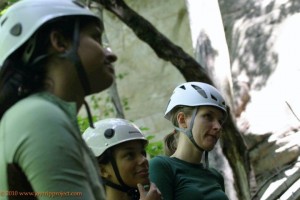 “Winter -January, February, March- is what has hurt specialty retailers more than the others,” said Scott Jaeger a market analyst at the active lifestyle research firm the Leisure Trends Group. “Chain stores are able to dump stuff online. Internet companies have their own ways of squirting out excess product. Specialty had a lot of extra inventory. But in May sales picked up across all categories.”
Perhaps an indication of the recovering economy retail numbers began to gradually improve with rising spring temperatures. Specialty shops with apparel racks packed with winter insulated jackets and fleece on clearance began showing signs of relief once the days starting getting longer and warmer.
“Business is excellent. We had our strongest first quarter ever in 19 years,” said Maura Kristler co-owner of Water Stone Outdoors in Fayetteville, West Virginia. “Our business here is so directly tied to the weather. And the weather has been just spectacular, which makes all the difference for us.”
A small shop near the New River Gorge, a popular climbing and kayaking destination, Water Stone Outdoors is likely enjoying some of the pent up demand of consumers who put off their purchases in anticipation of more favorable weather. Free from the wild fires that plagued Colorado this shop and others managed to make the most of the spring and the first half of summer. But on the west coast John Mead president of Adventure 16 in Los Angeles said he’s surprised by the seeming lack of seasonable gear buying in his stores. 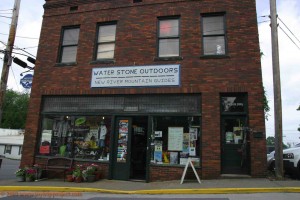 “We expected a pretty early backpacking season to be happening and a lot hardgoods sales. But that has not materialized like we thought it would,” he said. The successes we are seeing are in softgoods, which is counter-intuitive because it feels like people should be backpacking.”
According to Leisure Trends sales of big-ticket camping items like large volume backpacks, tents and sleeping bags are down across the country. But sportswear and outerwear added to the bottom line at A16 and other shops even as the spring weather began. Sales overall were slow but climbing gear came on strong with renewed interest paid to the category. “Over the last six months it’s been doing very well,” Mead said. “It’s core to our business. It always has been. It focuses on a younger customer and it’s more social than other sports that tend to be more solitary.”
Specialty retailers might find a solid opportunity to boost their climbing business this year with the growing popularity of indoor rock gyms. A category that is dependent upon the expertise of a qualified sales staff climbing hardgoods may be more readily sold in smaller shops instead of online or at the big box stores.
“I’ve been on the retail floor and I know that’s what people come in for, some expertise and some guidance, “ said Jaeger at Leisure Trends. “They want to know have you used this? Does this work? Is this harness comfortable? Do you trust it? etc.”
Retailers that engage the confidence of their customers with attentive service and good product selection seem to be holding their own. The most surprising trend in the outdoor market through summer 2012 could be the plunging sales of minimalist running shoes. Falling to an all-time low with a more than 30 percent drop Vibram’s Five Fingers seem to have pulled down the entire active footwear category. After a lot hype in the media and heavy commitments by retailers nation wide the shoes that simulate barefoot running rose so high so quickly that the margin for failure was pretty wide and easily collapsed once the novelty was over. Alternatives from other brands like Merrell and New Balance likely cut into Vibram’s popularity as consumers opted for minimalist shoes with a more traditional profile, which keeps the toes together and doesn’t separate them. But Maura Kristler at Water Stone Outdoors said when sales finally level off there will still be plenty of interest in the category.
“There’s just too much substance to the minimalist philosophy,” she said. “I think it’s going to settle down but I don’t see it going away.”
And there’s a refrain many retailers should find familiar. New product innovations will always help to stimulate the market for a while. But ultimately things go back to normal. And every now and then an enduring category shows new signs of life with a sharp increase. In time every trend settles to business as usual. Retailers just have to keep an eye on the market and be prepared to offer their customers what they want.