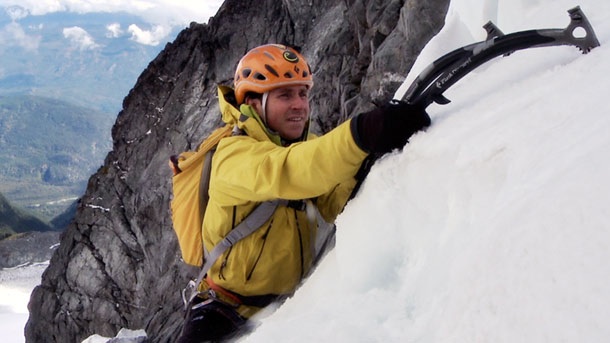 The world of adventure has always meant life on the edge. But now that so many of our planet’s wonders have been thoroughly explored the boundaries that separate mundane and magnificent are getting harder and harder to find. That’s why National Geographic Adventure has commissioned a new video series called Fringe Elements. These documentary shorts profile those athletes who are pushing the envelope of endurance sports to a whole new level.
“Adventure has become a function of creativity and sweat. To evolve, we need our mad scientists as much as our dreamers,” said co-producer Fitz Cahall “We examine six brilliant, borderline bad ideas you won’t find in any guide book.” 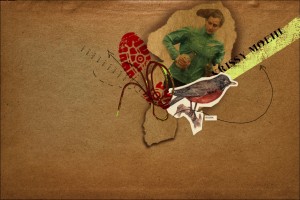 Creator of the popular podcast series The Dirtbag Diaries Cahall takes his unique style of storytelling to create short but compelling vids that share the world of extraordinary men and women trying to find that next big thrill. Co-produced with adventure filmmaker Bryan Smith and graphic designs by Jeremy Collins,  Fringe Elements aims to connect with Nat Geo’s core audience while providing an entertaining watch for those who have no knowledge of the sports involved.
“It wasn’t easy, but at the same time I think that’s what I’ve always tried to do with my work,” Cahall said. “I try not to overload on lingo, but also leave a little responsibility for people to get curious about these sports and how these feats are achieved.”
The web series premieres April 4th. The six episodes detail the stories behind a cadre of world-class athletes including ultra marathon runner Krissy Moehl and high altitude alpine free-climber Colin Haley. Each expert in their fields those profiled in the series offer a bit of insight into their motivation to accomplish what might seem to some impossible. Unimpressed by the relative ease of climbing Mount Everest where “highest doesn’t necessarily mean hardest”, Haley said he prefers to ascend steeper more challenging routes and doesn’t flinch from harsh conditions.
“I love battling through a storm and have snow blow down my neck,” Haley says in the film. “It doesn’t sound like a fun thing but just the intensity of that situation is something I enjoy and really thrive on.”
Designed to be a bit more interactive than Cahall and Smith’s last video series The Season, Fringe Elements aspires to make a connection with a broader audience. Posting shorter, snappier videos the filmmakers hope to provided a leaping off point for conversation.
“One element of the project — and there is more than just videos — is this discussion board we’ve built,” Cahall said. “Each episode has a question attached to it. Our hopes are that a lot of different people weigh in on it, people inside of the outdoor community and those on the outside. For Colin’s episode we attached the question “Does Everest matter any more? Does it matter to you?”
Discussions from the edge of adventure begin next week. ~JEM