I confess Phil Liggett was a complete stranger to me. Right up to the moment I shook his hand and began our “interview” I had no idea who he was.
I can hear your eyes roll from here. If you follow international cycling the name is undoubtedly familiar. For the last 40 years Liggett, a British sports journalist, has provided commentary and analysis for just about every major bicycle race in the world including and especially the Tour De France. But this I didn’t discover until after a pleasant conversation over a pint of Wisconsin pale ale at the annual Saris Gala in Madison.
The Wisconsin Bicycle Federation benefit bash typically caps the end of the summer cycling season, formally ushers in the fall cyclocross season and gets everyone primed to ride trainers and rollers indoors through the winter. It’s a great celebration of our local bike culture. Held at the Saris Cycling Group headquarters the event draws enthusiasts for food, beer, a silent gear auction and a presentation by a major luminary from the world of bicycle racing, someone like Phil Liggett. 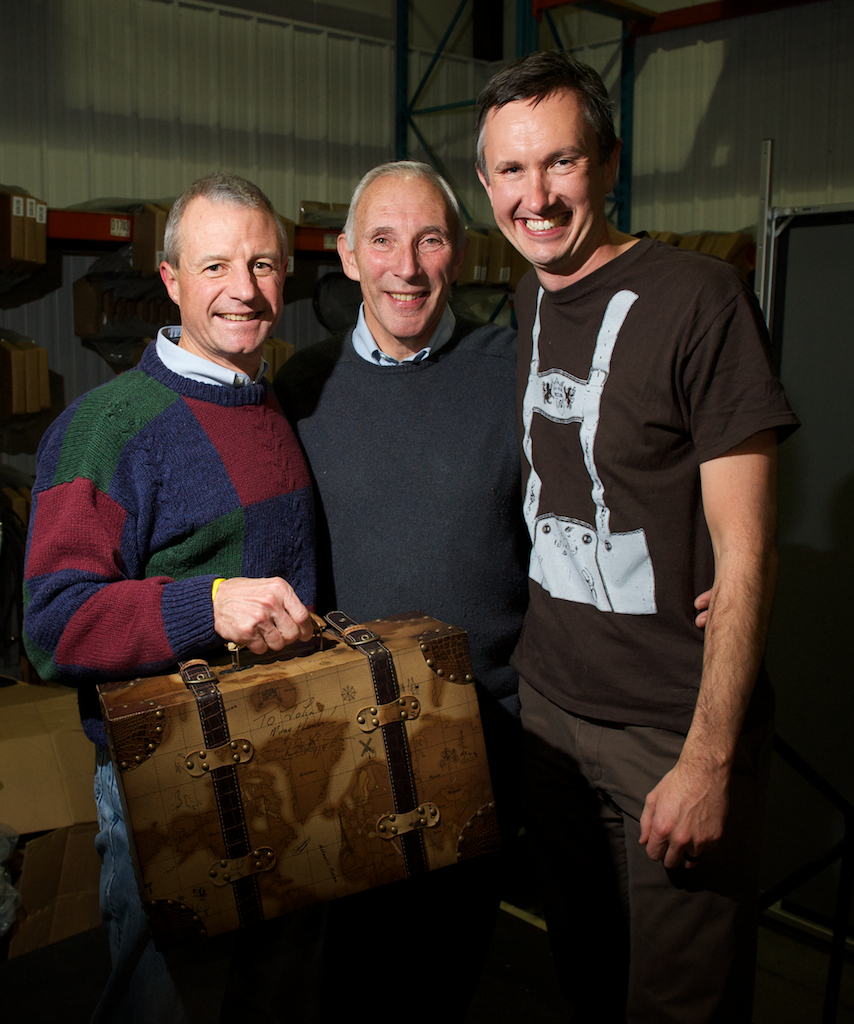 I ride, but I’m no spoke-head. Other more fanatical cyclists live and breath this stuff. For me bicycles are just part of the active lifestyle that keeps me fit and happy. As a local journalist I show up to support the hometown bike booster organization, take few pictures, hang with friends and have a few beers. So when my friend Jenni Cathcart of the fitness marketing agency Sweat Equity tugs my arm over to meet Liggett, I almost choked on my mini-cheese burger. 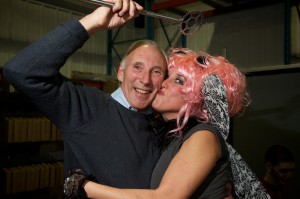 “So what brings you to Madison?” I asked setting down my glass and pulling out my notebook. “I’m here to talk about cycling and my career in journalism,” Liggett said. “You’re really keen on biking here. I was really excited to hear about the bike-to-school program you’re starting. Sounds splendid.”
And just like that my embarrassment turns into a teaching moment. There was a time 30 years ago when more than 66 percent of children walked or road their bikes to school. Today only about 13 percent do. The Wisconsin Bicycle Federation Safe Routes to School program aims to inspire a new generation of kids to ride their bikes as part of an active lifestyle.
“When we growing up it was the only way to go to school,” Liggett went on. “Me, I road to school every day of my life, expect one. I can’t remember why I didn’t ride that day, but I remember it was a Wednesday.”
Liggett is one of the most charming and charismatic people I have ever met. With a sunny disposition and a lightening quick sense of humor it’s no wonder so many tune in every year to watch the Tour.
“I never applied for a job in television in my life,” he said to the rapt crowd of bike fans. “My wife thinks I’m the most conceded person in the world. I just put my feet up and the phone rings. They keep calling.”
No wonder. Liggett brings such wonderful enthusiasm to the sport of cycling that he inspires the very idea of riding for the shear joy of it. Known for his colorful descriptions of champion cyclists during the Tour he is often quoted with such authority that his very words command reverence. Among several items available for auction during the night’s festivities was a battered piece of luggage dubbed “The Suitcase of Courage.” This travel worn valise was named for one of Liggett’s signature catch phrases or Liggettisms. In 2000 Tour de France as Marco Pantani struggled to keep pace with Lance Armstrong on Mont Ventoux Liggett had said, “He’s really going to have to dig deeply into the suitcase of courage.”
The phrase stuck so firmly in the minds of sports fans that it is still quoted today and at the Saris  Gala its enduring symbol containing nothing but a memory fetched $3,200 to benefit Wisconsin cycling, truly a suitcase of encouragement.

Now that I’ve met Phil Liggett I’m not only more inspired to ride, I’m also inclined for the first time to actually watch the Tour next year. That’s something two chance encounters with Lance Armstrong could not accomplish. I imagine that others like me who ride recreationally and for fitness might feel the same way. Cycling is more of a lifestyle than it is a sport. And a true ambassador like Liggett can encourage the least athletic among us to ride with a smile, a handshake and a conversation over a pint of beer.