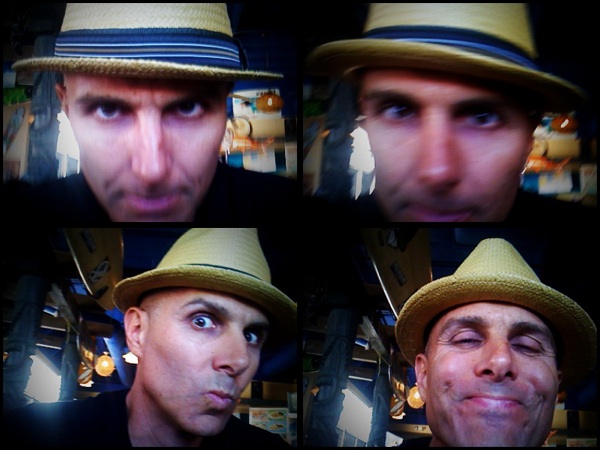 I had the pleasure of meeting Steve Casimiro at a journalism conference in Boulder back last spring. He and I were among a dozen or more writers in the outdoor space sharing our ideas as guests of Mountain Hardwear, an event they call the Trends Retreat. There’s something about a National Geographic reporter/photographer that makes you take notice and hang on his every word.  Steve’s a brilliant, charming guy who’s as willing to listen to your stories as he is to share his own. Frankly, his are better.
To be more specific Steve’s most prominent work can be found in the pages of National Geographic Adventure, the Yellow Book’s adolescent younger cousin. But this troubled youth won’t make it to drinking age. As of last month in a recovering economy the popular high profile adrenaline magazine is out of business. Plummeting ad revenue apparently made the glossy picture rich pages too expensive to print and now Steve’s out of a job.
I should have seen this coming. Over beers during the rap party at the end of the Banff Mountain Film Festival a senior Nat Geo V.P. let me know that a pervious issue of NGA was short sufficient ad dollars to go to print. That little detail rang familiar. In the transition from outdoor gear sales to outdoor journalism I did a stint in ad sales at a fitness magazine that’s also now defunct. An undersold issue  should have been a red flag. But I blithely let his comment pass convinced NGA would still need my skills as a writer. So I kept selling myself.

A few weeks later Steve shared a really cool video on his blog in which NGA profiled his work as a field photographer. The short film was a beautiful presentation of the man at work taking pictures of surfers on a carefree day at the beach. But mere hours before I planned to post the video to this web site the news broke of NGA’s demised and my little profile piece folded like a wet taco (not my line).
In journalism today failing magazines and newspapers have nothing to do with the incredible people who make them possible. Never before have there been more consumers of content and information through both print and electronic media. Editors, writers and photographers, people like Steve, are hard at work bringing you stories of adventure and how to live an active lifestyle.

In my opinion the problem lies in the sales department. In the changing landscape of media where the Internet is king and no one wants to pay for online content, ad reps are stuck with the increasingly more difficult task of making money. Talented to be sure and certainly motivated, sales people have yet to find that magic formula to change ink into electrons. They have yet to discover how to package online advertising alongside compelling photography and storytelling that consumers will embrace happily with both arms. Until they do skilled journalists like Steve Casimiro and lesser-known talents like yours truly are left to fend for ourselves and ply our craft the best way we know how.

For me I’ve presented my work here at the Joy Trip Project. As for Steve he’s taking a similar approach that’s bound to be wildly successful. His blog The Adventure Life is pulling in a few thousand visitors every day (some days better than Men’s Journal or Backpacker) as he continues to do the work of a professional journalist.

“My next steps are clear,” he said in a recent email. “I’m going to take those ideas I was spouting at the trends retreat and see if they’re valid. By Outdoor Retailer, if not sooner, the Adventure Life will be up and running as a commercial business.”
Steve won’t ever stop being a writer. It’s obviously in his blood. He’ll cont

inue to write stories and take pictures because that’s what he does. It’s who he is. National Geographic Adventure will likely continue in an online-only version. Steve’s still waiting to hear if he’ll continue to be involved, but he’s hardly sitting by the phone. Working for considerably less money to be sure he’s still out there doing the job. And as his readers and fans it’s our job to visit his web site regularly, click his links and post comments.

By tapping in to The Adventure Life, you’re demonstrating to Steve and more importantly to his potential sponsors that he’s worth reading. If you want to continue getting the news and information that inspires you to engage the natural world as an active participant you must become involved in the conversation.  Share your thoughts and ideas. Make suggestions for future stories. Pass along your observations. The world of new media is a social exchange and everyone is invited. Journalists like Steve will keep the conversation moving. With insight and intelligence born of much experience the Adventure Life is a valuable tool that can help you realize your ambitions. And like the best tools it only gets better with repeated use. ~JEM