Posted at 19:47h in Podcast by James Edward Mills 0 Comments 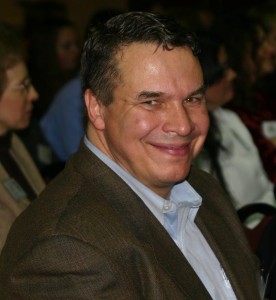 Greg Mortenson was eager to make a difference. It didn’t matter that he was just one guy working alone. He got it into his head that he was going to build a school for the children of a remote village in the high mountains of Pakistan.

But what Mortenson didn’t realize was that even with the best of intentions his well meaning plans to selflessly help others would meet only with frustration and failure. It wasn’t until he discovered the collective power of cooperation that he would meet and exceed his goals.

“It takes three cups of tea,” Mortenson said. “The first cup you’re a stranger. The second cup a friend. And the third cup you become family. And for family we’re prepared to do anything, even die.”

In adopting the customs of the people he hoped to serve, the simple gesture of sharing tea, Mortenson realized a philosophy of peace and understanding that may inspire a spirit of cooperation to ease even violent conflicts throughout our troubled world. Greg Mortenson is the subject and co-author of the best selling book Three Cups of Tea.